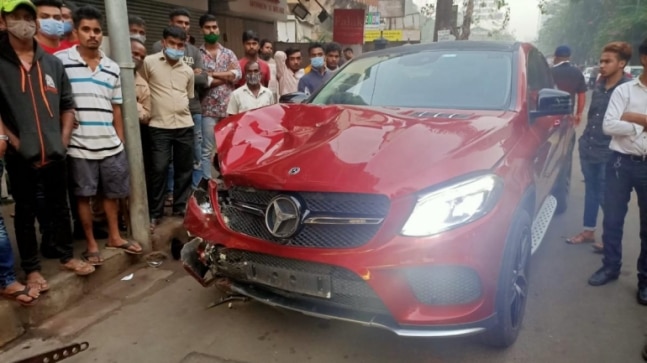 A 19-year-old Zomato delivery boy was killed after a Mercedes car hit his scooter in the Oshiwara area of ​​Mumbai, Maharashtra, in the early hours of Friday.

A 19-year-old Zomato delivery boy was killed after a speeding Mercedes car hit his scooter in the Oshiwara area of ​​Mumbai, Maharashtra. The incident occurred in the early hours of Friday. The boy, identified as Satish, died instantly.

The police arrived at the scene as soon as they were informed and started an investigation into the case. The driver of the Mercedes was arrested and interrogated.

A relative of the deceased boy told India Today TV that the boy was on his way to deliver food to a Mumbai address between 2:30 and 3 am when his scooter was hit by a Mercedes.

He said, “Satish would have delivered a package to someone when the accident happened.” Oshiwara police are questioning the driver of the Mercedes in custody.