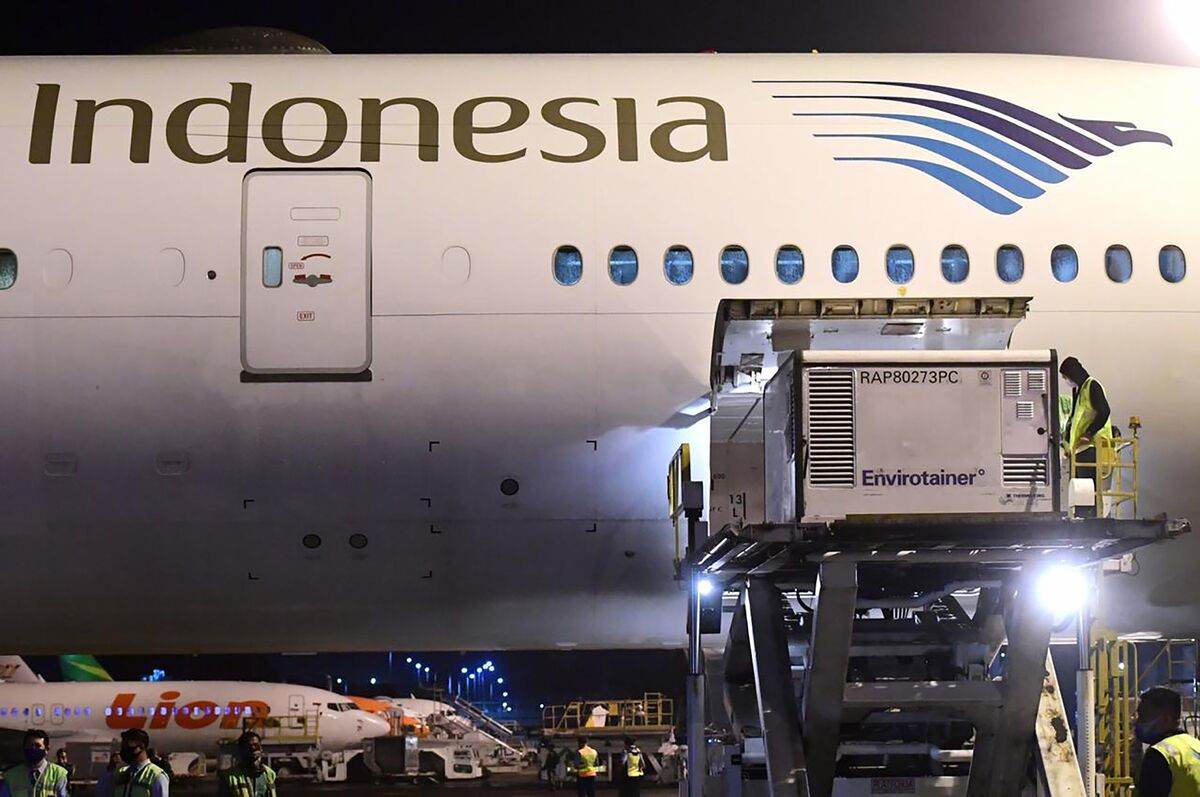 Indonesia plans to vaccinate its young population of working age against the coronavirus earlier than the elderly, unlike much of the world which is planning to put its vulnerable elderly people first.

The first Southeast Asian country to receive delivery of Covid-19 vaccines will focus on inoculating those between 18 and 59 years of age, starting with those working at the forefront of the pandemic such as healthcare workers, police and military. Last week, the UK started the western world’s first vaccination program with a 91-year-old woman, in line with most other countries.

The United States also started theirs vaccination program with the elderly this week, following the advice of its Centers for Disease Control and Prevention health care Nursing home workers and residents should first receive the shots followed by those with pre-existing medical conditions.

As the death toll from the pandemic continues to rise, governments are grappling with the question of who should receive first the many vaccines that companies are quickly approving. Although Indonesia’s strategy is currently distinct, it could signal how other developing nations might consider launching their own given their struggle to procure enough doses to cover their populations.

“Our focus is herd immunity,” said Amin Soebandrio, director of the Eijkman Institute of Molecular Biology in Jakarta. “With the most active and exposed population group – those aged 18 to 59 – vaccinated, they form a fortress to protect other groups. It is less effective when we use our limited number of vaccines on the elderly when they are less exposed. “

Indonesia is targeting people who are most mobile due to their jobs, as well as regions with the highest number of coronavirus cases, as it focuses on using the vaccine as a tool to curb the spread of infections.

Healthcare professionals on the islands of Java and Bali, representing over 60% of confirmed cases, will receive 1.2 million doses of Vaccine Sinovac Biotech Ltd. arrived on 6 December. This will be followed by frontline workers in the rest of the country.

A launch date will be set when the country’s drug regulator gives the green light.

Why getting a Covid vaccine is only the first obstacle: QuickTake

The government has set a target of 246 million doses to meet its herd immunity calculation: the number of vaccines they need to immunize 107 million people, or 67% of their target group 18-59 and only 40% of the entire population. This is considerably lower than generally accepted definition of mass immunity, which includes 60% -72% of the entire population of a country.

That government target will be met with 155.5 million doses ordered from Sinovac and Novavax Inc., with another 116 million potential orders from Pfizer Inc., AstraZeneca Plc and the Covax factory. He is also looking to develop his own shots, named Merah Putih after the colors of the nation’s flag, in an effort to complement his offering.

“Indonesia has a young population, so this may have influenced their thinking, but I think vaccinating older people makes sense,” said Raina MacIntyre, professor of global biosecurity at the University of New South Wales. “In the end, however, with a limited supply of vaccines, the difference between age-based strategies isn’t great.”

The country that is home to the world’s fourth-largest population is putting the elderly, those with existing health problems and pregnant women at the bottom of the line because it doesn’t have the data to ensure the safety of Covid-19 vaccines for those groups, the minister of Health Terawan Agus Putranto on 10 December.

A day after the UK started distributing Pfizer vaccine, its NHS had to issue a warning that people with a significant history of allergies shouldn’t get shots after two people have had reactions.

“The issue is a matter of suffering,” said Djohansjah Marzoeki, president of the Indonesia Bioethics Forum. “Those who develop severe symptoms or die from the virus and those who only get minor effects and recover on their own, it is with this question that we should decide who should be vaccinated first.”

Finally, the decision on who to vaccinate depends on the number of vaccines a country can obtain quickly.

“Developed nations can start with the elderly knowing they have enough doses to cover the entire population, where that may not be the case,” said CB Kusmaryanto, a member of Indonesia’s bioethics commission. “Our choices are extremely minus malum; There are no good choices, there is only the least bad choice. When Indonesia has only enough to vaccinate those most likely to infect others, then that’s who it should turn to first. “

Before it’s here, it’s on the Bloomberg Terminal.