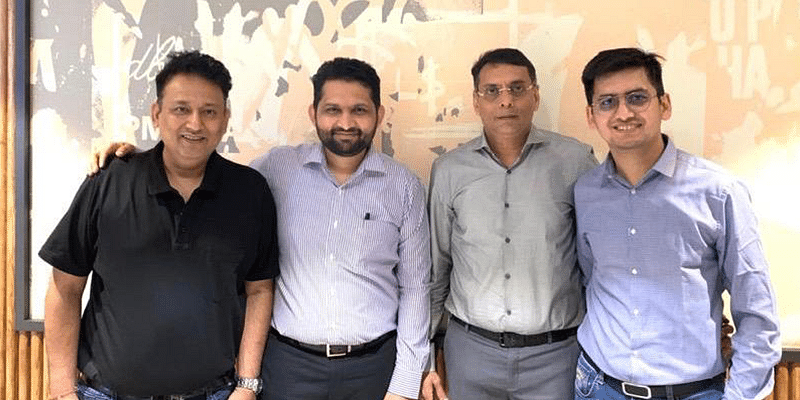 Investment firm Venture Catalysts Group (VCats) has maintained its leadership position in the Indian early-stage investment category for 2020, even as the COVID-19 pandemic has shocked businesses globally. The Mumbai-based firm, which operates an incubator and SEBI registered accelerator fund 9Unicorns, has concluded the highest number of deals with 102 this year, up from 63 a year ago.

Focused on strengthening the start-up ecosystem in India’s smaller cities, VCats has invested over Rs 700 crore through syndication in several idea stage and early stage businesses across all sectors this year, compared to Rs 500 crore in 2019.

VCats outperformed early-stage or idea-stage investment firms such as AngelList India, LetsVenture, Mumbai Angels and Blume Venture in all parameters associated with start-up investing, from financing to exits, as data from leading companies have shown. global research firms Tracxn and Crunchbase.

At a time when the COVID-19 outbreak triggered an economic crisis and negatively impacted the start-up ecosystem, with several major investors clutching their portfolios, VCats continued with its mission to support entrepreneurs. budding. The investment firm, founded by Dr Apoorva Ranjan Sharma, Anil Jain, Anuj Golecha and Gaurav Jain in 2016, has also built an investor base to invest in several global start-ups based in the US, UK and UK markets. of the Middle East.

For the second consecutive year, VCats has also entered the list of the top 10 most active global accelerators and incubators. It now ranks third behind the players – YCombinator and Techstars and has outperformed popular accelerators such as Plug & Play, 500 Startups, SOSV and Antler Global in terms of the number of deals concluded.

Maintaining pole position in India and reaching third position globally, Dr Apoorva Ranjan Sharma, co-founder and president, Venture Catalysts Group She said, “Although several investment firms in India and overseas saw slower financing activity in 2020, we have continued to grow. As a pro-founder investor, we believe that adversity brings with it many opportunities. In fact, we have been able to find many innovative and good start-ups at the right evaluations and have been lucky enough to support these promising start-ups. ”

“Another major factor responsible for our growth has been that the Indian start-up ecosystem has grown faster than other developed economies thanks to strong government support and growing consumer demand for home-grown products and solutions. The pandemic has established itself in a new world order and has given rise to several new sectors and we see an opportunity in this new normal. “

VCats also had a good year in terms of releases. The firm recorded a 33.3% increase in the number of cumulative exits and liquidity events to 36 deals in 2020, indicating that valuations of late-stage investment activity remained unchanged throughout the year despite the crisis.

With a strong network of over 5000 angel investors in Tier-2 and Tier-3 cities, VCats has been an early supporter of some very successful startups like BharatPe, SuprDaily, Beardo, Coutloot, Fynd and Blowhorn. In less than five years, the company’s overall portfolio investments have reached a total valuation in excess of $ 1.2 billion.

By 2021, Dr. Sharma predicts that VCats will continue to invest in sectors such as FinTech, Edutech, agritech, FMCG, e-commerce, logistics and supply chain management. It is also bullish on deeptechs such as AI and Data Analytics as companies across all industries are going digital even with physical distances becoming the new normal.

Additionally, this year, VCats aggressively expanded its presence to over 33 Indian cities and nine countries. The company, which is leading the way for entrepreneurship in Bharat or India beyond the top 10 metros, aims to have its presence in more than 100 cities and towns in the start-up phase in the country in the wake of rapid reforms undertaken by the government to create smarter cities.

“A massive digitization revolution is currently underway in the country. While the government has an important role to play, private sector players and large conglomerates are also helping to make India the largest startup ecosystem in the world. For example, the startup fund of Rs 5,000 crore launched by Reliance Jio to promote the “business of the future” will give a strong boost to entrepreneurship in Indian small towns. Also, with affordable data and powerful broadband services, Jio is already expanding the business sector. These developments give us enough encouragement and we plan to invest around Rs 1,000 crore in the next year and double the number of deals. We expect growth to come from India’s small cities B and C “, Dr. Sharma added.

In August of this year, Oyo founder Ritesh Agarwal joined VCats as a consultant and mentor to support India’s growing start-up ecosystem. Agarwal will work with the incubator to promote entrepreneurship in tier 1, 2 and 3 cities of the country and help India become “atma nirbhar” (self-sufficient).

Venture Catalysts is India’s first integrated incubator. Invest $ 250K – $ 1.5 million in early stage startups that have the potential to create lasting value over a long period of time. In recent years, he has been instrumental in developing and consolidating the country’s vibrant startup ecosystem with a strong presence in Tier 2 and Tier 3 markets. Venture Catalysts offers a lethal combination of capital, mentoring and business networking to help investee companies to be successful. Their innovation delivers value to startups through its vast network of angels, funding, communities, services and co-working facilities. Venture Catalysts focuses on providing startups with access to ongoing capital from tier 1 funds, network of investors, founders and CXOs and family offices, as well as providing them with market access from companies and global growth programs.