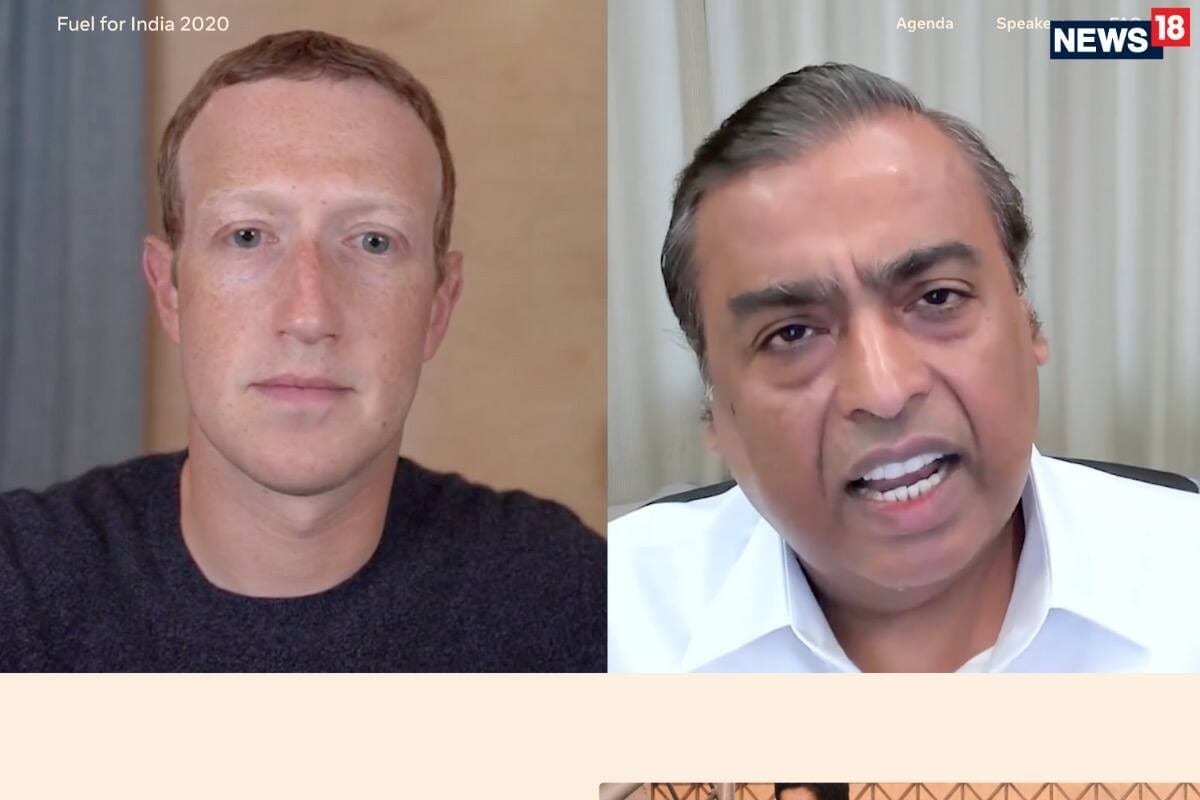 Facebook Fuel for India 2020: Facebook founder Mark Zuckerberg says he is very confident in India’s future, so he has invested in India. Mukesh Ambani said that both Geo and Facebook can be value added creators together.

Facebook Fuel for 2020: Social media giant Facebook (Facebook) wants to invest heavily in India in the coming days. For this, Facebook is organizing an event called ‘Fuel for India 2020’ on December 15 and 16. The Fuel 2020 event airs on the Facebook platform between Facebook CEO Mark Zuckerberg and Reliance Industries CMD Mukesh Ambani (Mukesh Ambani) to expand India’s investment opportunities and growth prospects. During the discussion, Mark Zuckerberg also clarified why Facebook is investing so much in India and Reliance Jio.

David Fisher, Facebook’s chief revenue officer, said India was the only country where Facebook had taken minority stakes in companies such as Misho and Unacademie to promote digital innovation. Facebook has long been committed to investing in India. To this end, it will continue to provide new solutions for businesses so that they can help grow and enhance their presence online.

Mukesh Ambani said, “The culture of working and learning from home in the country has been successful in the Koro crisis. The development of the country will continue. The country’s per capita income will soon rise from 8 1,800 to $ 5,000. Our country has immense potential in India. In the next 20 years, we will join the top 3 economies in the world, as we move rapidly in this direction.

Ambani said the possibility of a digital revolution in the country was being widely discussed. The path of new possibilities comes out in crisis. The Kovid epidemic (Kovid-19 crisis) has opened up many possibilities in the country. There are many opportunities for development with Digital India. The credit goes to Prime Minister Narendra Modi.

Mukesh Ambani said, “PM Modi has raised the possibility even in a crisis. During this epidemic, 200 crore people in India were given direct cash. Steps were taken to save poor families. A large number of needy people were helped by Reliance.

Mukesh Ambani said that Geo Mart will bring cash to retail opportunities and connect small shopkeepers in our small towns and also create millions of new jobs. Geo has brought digital connectivity. Chat with WhatsApp is included, so digital connectivity is increased.

Ambani further said, “India has received the highest foreign direct investment (FDI) in the Kovid crisis. Facebook’s investment in Geo is a big FDI for India. Facebook and Geo together will promote small businesses. Value creation platforms are being developed for small businesses.

He said Jio is trying to connect all the schools in the country. Similarly, in the field of healthcare, we are trying to provide technical equipment with all officers.

Reliance Industries Chairman Mukesh Ambani said that Geo has taken the lead in providing free voice services. We are proud that Geo is able to provide voice and voice services through its network.

At the same event, Facebook CEO Mark Zuckerberg praised India’s Digital India campaign. He said, “There are many opportunities for development with Digital India. Mark Zuckerberg said, ‘India has a great business culture. Here, WhatsApp business users crores. 1.5 crore. Financial inclusion has increased in this country. This is a good trend.

“We launched WhatsApp Pay in India last month,” Zuckerberg said. This was made possible by the collaboration of the UPI system and 140 banks. India is the first country in the world to take such an initiative.

Facebook has bought a 9.99 per cent equity stake in Mukesh Ambani’s Geo Platforms. It has paid Rs 43,574 crore for this. The investment between the two was announced on April 22 and was approved by the Competition Commission of India (CCI) on June 24.