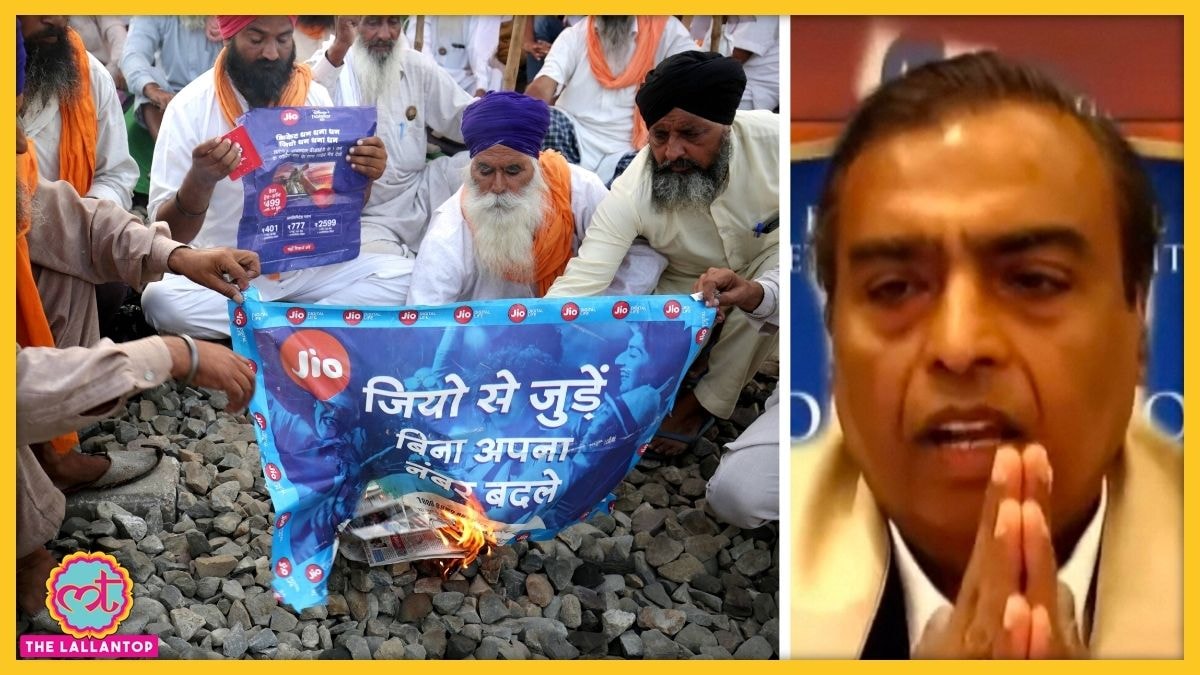 Telecom companies have also jumped into the peasant movement. On the one hand, there is a quarrel between the government and the farmer over the agricultural law, on the other hand, the telecom operators are also ready to do something. Mukesh Ambani’s Reliance Jio has lodged a complaint with the Telecom Regulatory Authority (TRA) about other operators. These companies are Bharti Airtel and Vodafone Idea. Xiao says these companies are taking advantage of the peasant movement and running a negative campaign against it.

In fact, even farmers raised their voices against Reliance Jio as it was not discussed in the meeting with the government. Farmers ‘organizations allege that the government is adamant on enforcing the farmers’ law under pressure from big business groups like Ambani and Adani. The farmers not only spoke of using the Geo service but also appealed to Reliance to stay away from related services.

Reliance is calling it a move by anti-company companies in the wake of the farmers’ movement. Echoes of Reliance Jio’s boycott have reached telecom regulator TRAI. Mukesh Ambani-owned Reliance Jio has alleged that Airtel and Vodafone Idea are running misleading MNP (Mobile Number Portability) campaigns in Punjab and North India through its employees, agents and retailers. Because of this, Reliance Jio is making a massive request for mobile number portability.

In mobile number portability, people can only change service operators without changing the number. Consumers are telling the farmers ‘movement that their numbers are the main reason for shifting from Jio’s network to other operators’ networks. This trend is more prevalent in Punjab along with Faridabad, Bahadurgarh, Chandigarh, Ferozepur and other cities in NCR. Reliance Jio has complained to TRAI that now not only in North India but also in other states like Maharashtra, Bharti Airtel and Vodafone Idea are wrongly promoting Reliance Jio’s boycott campaign directly and indirectly.

How much damage in MNP

Reliance did not disclose how many of them have been placed on other service providers due to the farmer movement. Experts say formal formal complaints indicate that portability requests are too high. As of the end of September, Airtel has 294 million users, Vodafone-Idea (V) has 272 million and Geo has a user base of about 50 million. Experts say that even if it is not for a while, no telecom operator wants to lose the user. The loss can be estimated by the user (ARPU) based on the average revenue. ARPU shows how much a company earns on average from a company in a month. According to the September quarterly data, Vodafone-Idea (Y) charges Rs 99 per month from the user, Airtel Rs. 162 and Geo 145 earn.

The companies denied the allegations

Video – Brother Leo! Find out when 5G internet will start in India