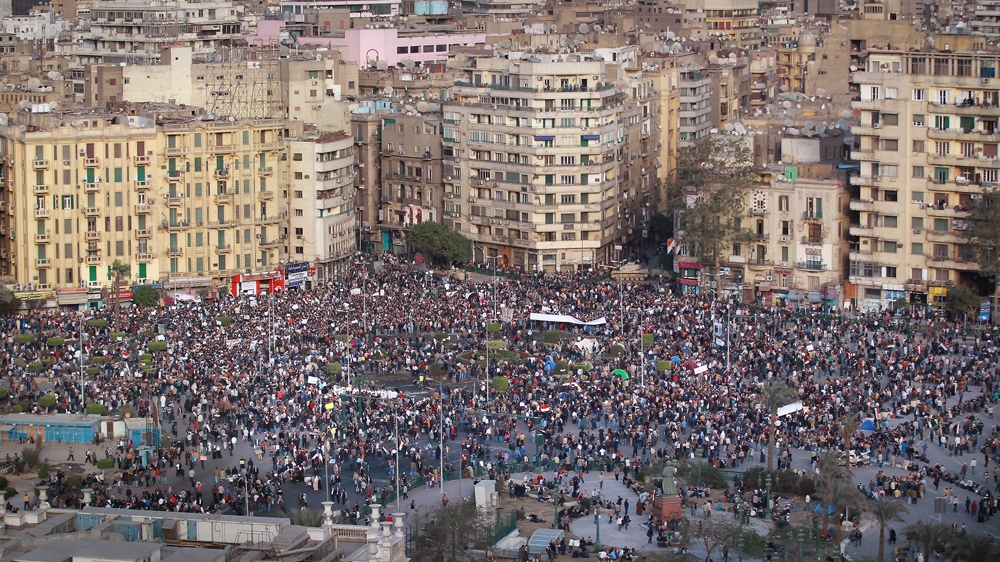 From the fall of old authoritarian leaders to the suppression of riots, here are some key dates and events that make up what is known as the Arab Spring.

On December 17, 2010, a young Tunisian who was selling vegetables from a mound set himself on fire to protest police harassment.

Mohamed Bouazizi died on January 4, 2011, but not before his gesture went viral, sparking protests against the cost of living and the authoritarian president of the country Zine El Abidine Ben Ali.

Ben Ali’s 23 years of rule ended 10 days later when he fled to Saudi Arabia, becoming the first leader of an Arab nation to be pushed back by popular protests.

The protests inspired a wave of riots across the Arab world as people rose to protest authoritarianism, corruption and poverty.

On January 25, 2011, thousands of Egyptians marched in Cairo, Alexandria and other cities, demanding the departure of President Hosni Mubarak, who has been in power for 30 years.

On February 11, as more than a million people took to the streets, Mubarak resigned and handed over control to the military.

The “Tahrir” of Bahrain

On February 15, protesters took control of the Pearl Square roundabout in the capital, which they renamed “Tahrir Square”, and called for a constitutional monarchy among other reforms.

But their camp was stormed by riot police three days later, killing three people and injuring many.

On the same day protests started in Bahrain, Libyan police used force to disrupt an anti-government sit-in in the second city, Benghazi.

The country’s leader Muammar Gaddafi has pledged to hunt down the “rats” who oppose him.

The revolt turned into a civil war with the French, British and American air forces intervening against Gaddafi.

On 20 October 2011, Gaddafi was captured and killed in his home region of Sirte by rebels who found him hiding in a manhole.

The country is now divided between rival Eastern and Western administrations.

On March 6, a dozen teenagers labeled the wall of their school in southern Syria with “Your turn, doctor,” referring to President Bashar al-Assad, a qualified ophthalmologist.

But with the government’s violent repression, the revolt turned into a civil war.

The Syrian war also contributed to the rise of the ISIL group (ISIS) and the renewed conflict in neighboring Iraq, which culminated in a genocidal attack on minorities in the north of the country.

The first elections in Tunisia

On October 23, 2011, Tunisians poured into the polls for their first free elections, in which members of the Ennahdha movement triumph.

On February 27, 2012, Ali Abdullah Saleh, who had ruled Yemen for 33 years, handed over power to his deputy Abdrabuh Mansur Hadi after a year of protests.

The poorest country in the Arab world, Yemen, also fell into violence after the initial protests.

Russia, which is al-Assad’s greatest ally with Iran, began air strikes against Syrian rebels on September 30, 2015, changing the course of the war.

After 10 years of fighting, which resulted in 380,000 deaths, al-Assad was able to claim significant victories.