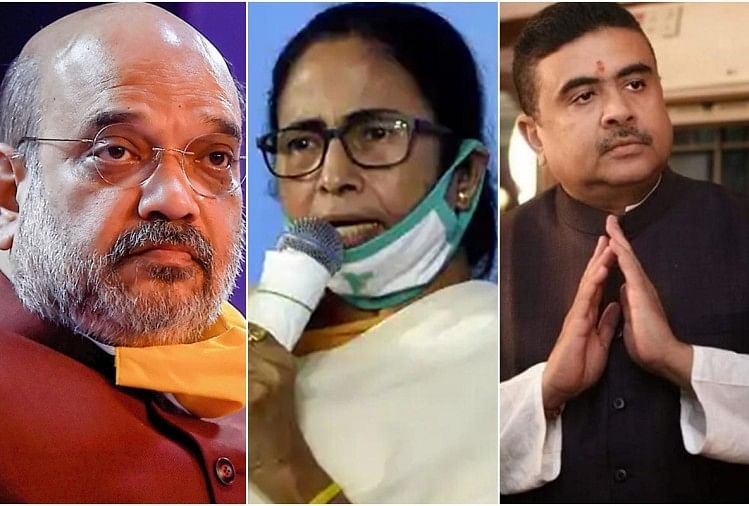 Following the attack on BJP president JP Nadda’s convoy in West Bengal, the Union Home Ministry today again ordered IPS officers to be called on central deputation. There is growing resentment between the Center and the state government over the matter. Chief Minister Mamata Banerjee on Thursday said the pre-election move was against the basic tenets of the federal constitution. On the other hand, Suvendu Adhikari yesterday resigned from all other posts of the Trinamool Congress (TMC) along with the membership of the Legislative Assembly. Also today, retired Colonel Deeptangashu Chaudhary, president of the South Bengal State Transport Corporation (SBSTC), resigned from the post of Chief Minister Mamata Banerjee.

Suvendu Adhikari has resigned as a TMC assembly member as well as other positions in the party. He has tendered his resignation to Chief Minister and TMC President Mamata Banerjee.

Suvendu Adhikari resigned as a member of the TMC as well as from other positions in the party yesterday to West Bengal Chief Minister and TMC chairperson Mamata Banerjee pic.twitter.com/0EqMyQBH66

The Home Ministry has again issued notices to IPS officers

“This is not acceptable,” Mamata said, targeting the center
“Despite the state’s objections, the order of the Government of India to summon three serving IPS officers from West Bengal is a gross abuse of power under the emergency provision of the IPS Cadre Rules 1954,” Mamata Banerjee said.

The TMC president said the act was nothing more than a deliberate exercise to encircle the state’s jurisdiction and discourage officers serving in West Bengal. This move is against the basic principles of the federal structure, especially before the election. This is unconstitutional and completely unacceptable!

The Chief Minister further said that we will not allow this attempt by the Center to control the state machinery through proxies! West Bengal is not going to bow to the expansionist and democratic forces.

West Bengal Assembly Speaker says officer’s resignation – I will issue a detailed order
“I have received a letter of resignation from my secretariat,” said Biman Banerjee, speaker of the West Bengal Legislative Assembly. I have investigated this and I will give a detailed order in this regard. Until then, it would be wrong to say that it has been accepted or rejected. ‘