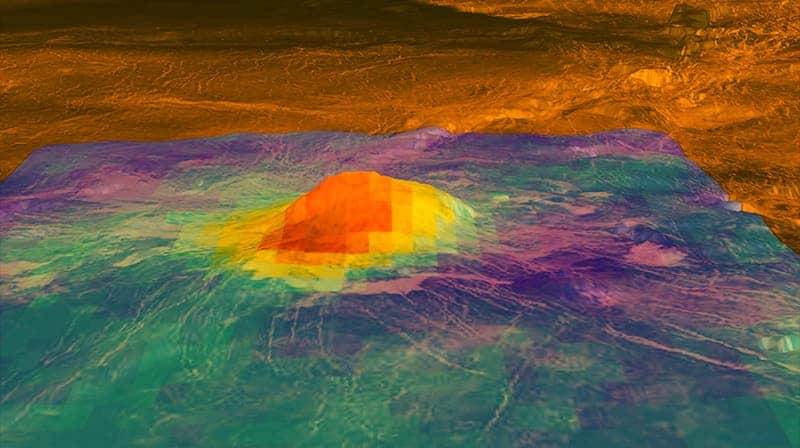 Scientists have long known that the surface of Venus is dotted with volcanic features. However, due to the foggy atmosphere of the planet, it has always been uncertain whether Venus was still volcanically active, until now.

Compelling new evidence suggests that Venus is volcanically active. This would make it only the second of these planets that we are aware of, other than Earth.

In the early 1990s, NASA’s Magellan space probe transmitted radar images showing large lava flows. Subsequent studies and missions, such as ESA’s Venus Express orbiter, have measured infrared light released from the planet’s surface during the night to determine the age of lava flows. Although the data was sufficient to allow scientists to make relative measurements between older and newer lava flows, their age cannot be accurately assessed.

Some have speculated from the data that Venus may have been volcanically active up to 2.5 million years ago, which is a blink of an eye in geological time. But new evidence presented in a study led by Dr. Justin Filiberto, a researcher at the Lunar Planetary Institute in Houston, Texas, could mean that Venus could be volcanically active even now.

The researchers simulated Venus’ very dense atmosphere in the laboratory to evaluate its influence on lava flows over time. To their surprise, they found that olivine, a mineral that is abundant in some basalt rocks (which covers 90% of Venus), reacts quickly with chemicals in Venus’s atmosphere, coating itself with magnetite and hematite, both minerals. of iron oxide, in a few days.

The researchers also found that the near-infrared light emitted by these minerals would disappear within days, something consistent with data recorded by the Venus Express mission.

“Our results indicate that lava flows lacking VNIR characteristics due to hematite are no more than several years old. Therefore, Venus is volcanically active now, “the authors of the new study wrote in the journal Advances in science.

Now, all that remains is a new mission to confirm this hypothesis. Apart from Earth, the only other confirmed volcanically active worlds we are aware of are Io, a moon of Jupiter; Triton, a moon of Neptune; and Enceladus, a moon of Saturn.

“If Venus were actually active today, it would be a great place to visit to better understand the interiors of the planets. For example, we could study how the planets cool and why the Earth and Venus have active volcanism, but Mars does not, ”Filiberto said.

The next missions to Venus are those of India Shukrayaan-1 orbiter and Russia Venera-D spacecraft, scheduled to launch by 2023 and 2026 respectively.