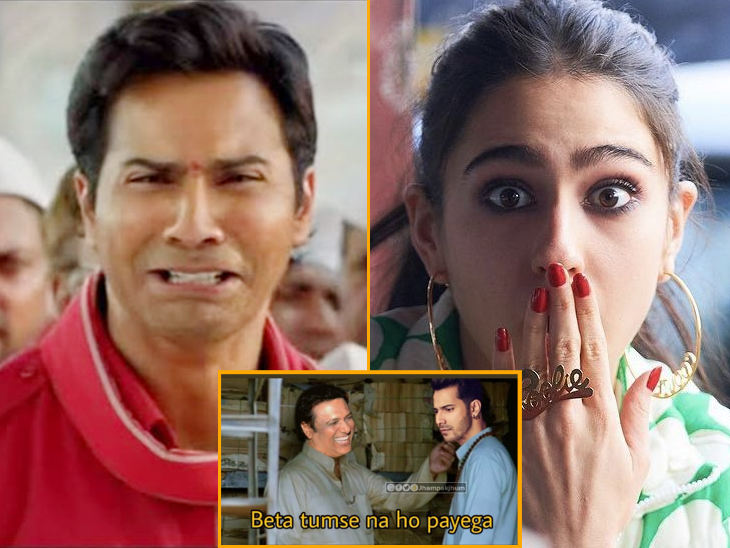 Varun Dhawan and Sara Ali Khan starrer ‘Coolie no. 1 ‘OTT platform has been released on Amazon Prime Video. Directed by David Dhawan, the film is a remake of his 1995 film of the same name. However, social media users did not like the new film. He is sharing his review online and making a variety of funny memes on this film. Take a look at some mimes …

One user wrote, “Please don’t look at Coolie No. 1, as it is harmful to your health. Disappointed as always.”

One user commented, “Varun Dhawan has acted perfectly in Coolie No. 1. What is this prime video? Then you people say why am I abusing.”

One user wrote, “I haven’t paid to see the movie, but I want my refund.”

One user posted, “Coolie No. 1 has a high proportion of variety, but it’s surprising that the level of confidence is high.”

One user wrote, “After seeing the remake of Coolie No. 1, Govinda told Varun Dhawan – Son will not be able to stay with you.”

Varun was taunted by a user while sharing a scene from the film. Wrote, “I can’t stop laughing. Varun’s fans were laughing about Kangana’s horse riding video, now what will they say?”

I can’t stop laughing# Coolie’s number 1
If Varun fans are watching Kangana or horse riding video, what will they say now?pic.twitter.com/ZAUfuiD49s

One user wrote in his review that he could not watch the movie for more than 15 minutes. He wrote, “Guys will ignore it. Don’t waste your sleep.”

Some more memes that have become so much fun