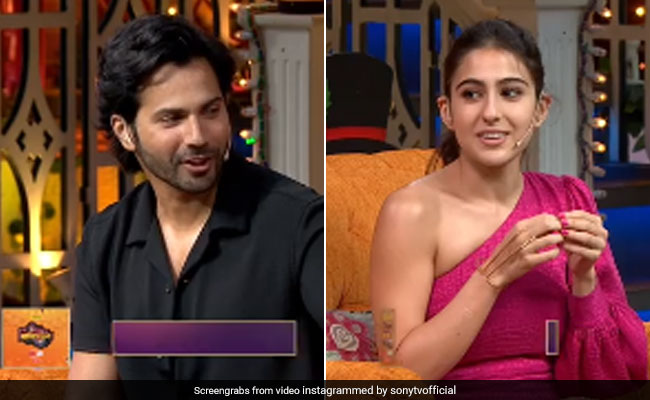 The ‘Coolie No. 1’ team will be seen making an entry in comedy show Kapil Sharma’s show this week. The show will also feature Jackie Bhagnani, Johnny Lever, Javed Jaffrey and the rest of the cast along with Varun Dhawan and Sara Ali Khan. In Kapil Sharma’s show where Coolie number one team is very entertaining and fun, many secrets have also been revealed in Kapil’s show. A video related to The Kapil Sharma Show is also going viral, in which Varun Dhawan said that Ayushman Khurana, Vicky Kaushal and Karthik Aryan had warned him before working with Sara Ali Khan.