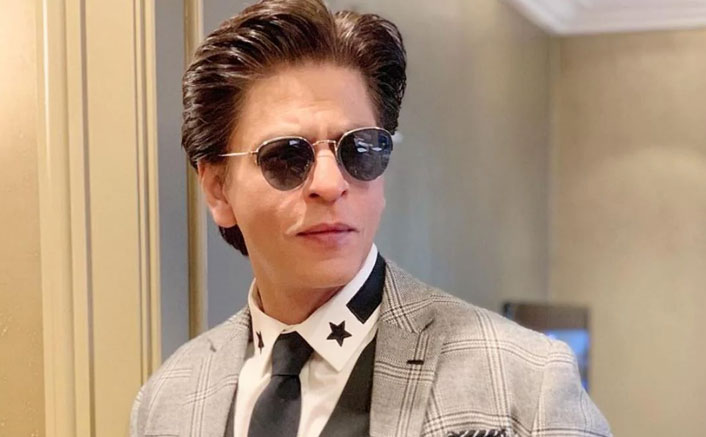 Shah Rukh Khan is well known for his witty remarks. We have often seen him making funny jokes with his colleagues and even with media reporters. If you have stupid comments to make, be careful, King Khan will literally destroy you with his wild answers.

One such incident happened when Shah Rukh, Deepika Padukone, Farah Khan and others held a press conference. It was for Happy New Year promotions. The whole HNY team had a lot of fun during the promotional press conference and took each other’s hand. During the session, a reporter named Shah Rukh as the oldest member of the cast. It was at odds with the reality that Boman Irani was the eldest of all the members.

Also, Farah Khan asked the reporter: “Do you think Boman Irani is younger than Shah Rukh Khan?” to which he replied with “Ya”. The reporter then asked Shah: “Would you mind if I asked Farah and I came back to you?” Shah Rukh’s response that followed was truly hilarious. He said, “Ab toh buddha bol diya, jo karna hai kar tu. Tujhe lagta hai ye puri ki puri sabha tere baap ki hai. “(You already called an old man, do what you want. You think the whole conference belongs to your father).

Now this is Shah Rukh Khan at his best!

Meanwhile, on the work front, Khan would be busy filming Pathan. It is learned that it also includes Deepika Padukone, John Abraham, Dimple Kapadia, Gautam Rode and Shaji Chaudhary in key roles. It is directed by war director Siddharth Anand under the banner of Yash Raj Films.

Aside from the stellar cast, Salman Khan is also rumored to have made a cameo appearance for Pathan. But surprisingly, every detail was kept hidden.

More on Salman’s cameo, Mid-Day reported that he will be joining the shoot within the next month. “Tiger joins SRK to defeat the bad guys. Salman will travel to Dubai for 10-13 days in January 2021 to shoot for his share. It will be a 15-minute appearance in the film, “the source shares details.

You must read: Ram Setu: Akshay Kumar Fans, a Diwali Dhamaka scheduled but with a delay?