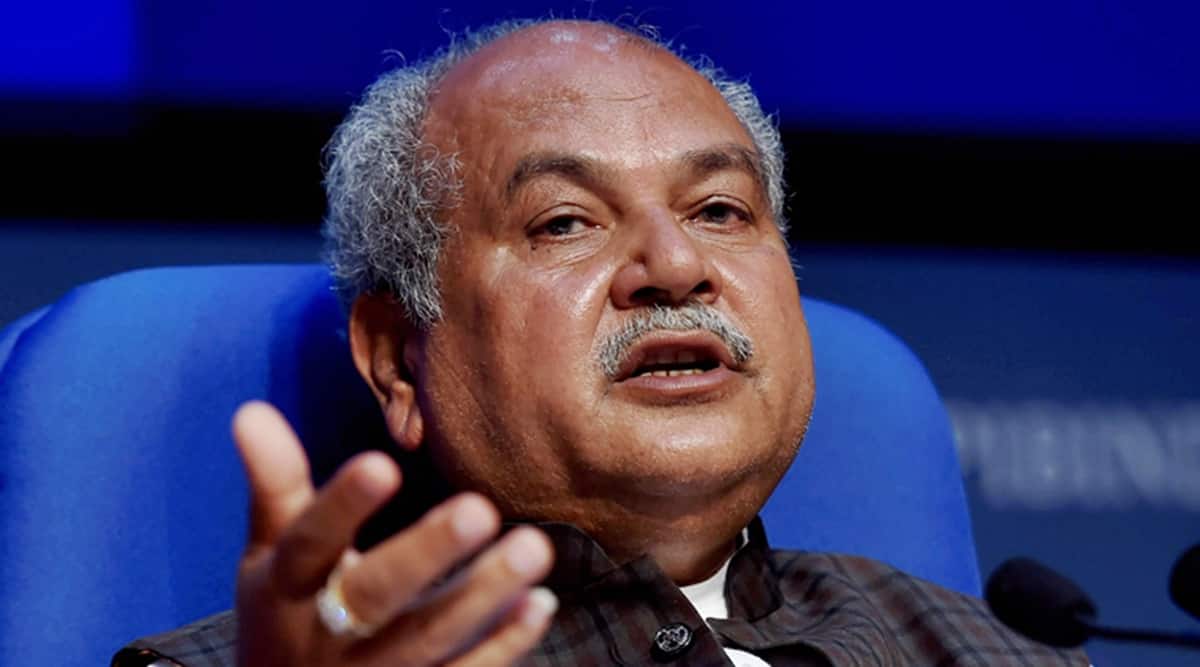 Tomar said political parties, which lost ground, deceived farmers by saying their land would be taken away under the new laws.

With farmers’ unions rejecting his proposed concessions to end their opposition to the new agricultural laws, Agriculture Union Minister Narendra Singh Tomar on Thursday criticized opposition parties and others for supporting the protests. to make “innocent farmers … puppets of their politics”.

In an open letter to farmers protesting on the outskirts of Delhi, Tomar said that those who stop trains carrying supplies to soldiers at the border, especially at a time when the situation in Ladakh is “challenging”, cannot be farmers.

The minister, who led the government’s talks with farmers’ unions, also referred to the call for a boycott of “Indian products” – some unions had called for a boycott of the products of the Ambani and Adani groups.

“At a time when the country is moving forward with its determination of Atmanirbhar Bharat and vocal is going local, the intention of these people who have called for a boycott of India’s products must be identified,” he said.

Tomar’s letter was retweeted by Prime Minister Narendra Modi who said the minister had expressed his feelings and tried to have a humble conversation (vinamra samvad) with the peasants. He asked all the “annadattas” to read the letter, and urged his compatriots to let as many people as possible reach it.

In his 8-page letter in Hindi, Tomar said: “When the security situation at the Leh-Ladakh border is difficult and the snowfall is many feet high, then those who stop the trains carrying supplies to soldiers at the border cannot. to be farmers. “

“Because of these people, we have to transport supplies and other essential goods to our troops by air and by other means,” he said.

Without naming any organization or political party, he recalled the situation during the Sino-Indian war of 1962. “The ideology of these people, who mislead the peasants by hiding behind the curtains, was not with the country even during the war of 62. Today, these people speak the language of 62 again, ”he said.

He said farmers should think about what their goal was when they started their movement and what was happening today.

Read also | Now on the stands: a newsletter for farmers

He urged them not to be misled and to think on the basis of facts. “It is our government’s duty to remove all your doubts and answer all your questions,” he said.

Tomar said political parties, which lost ground, deceived farmers by saying their land would be taken away under the new laws.

“Congress hasn’t implemented the Swaminathan Committee report for 8 years, how can Congress be a benefactor of farmers … Why UPA government ministers, writing letters in favor of these reforms, reversed of gear now, “He said.

“The Aam Aadmi party wrote in its Punjab election manifesto that it will give farmers a chance to sell their produce outside the mandi, because now they are speaking out against it,” he said.

He said SAD leaders were part of the Hooda committee that recommended agricultural reforms but now oppose these laws.

He also questioned why the agricultural unions, which were in favor of these reforms until two to three months ago, suddenly opposed them.

Tomar’s letter comes at a time when senior ministers and BJP leaders are mobilizing support for the new agricultural laws and attacking the opposition for “misleading” farmers.

Sources said Union Interior Minister Amit Shah and Tomar along with BJP general secretaries Arun Singh, CT Ravi and Dushyant Gautam held a meeting on Thursday where they reviewed the party’s moves so far on the matter.