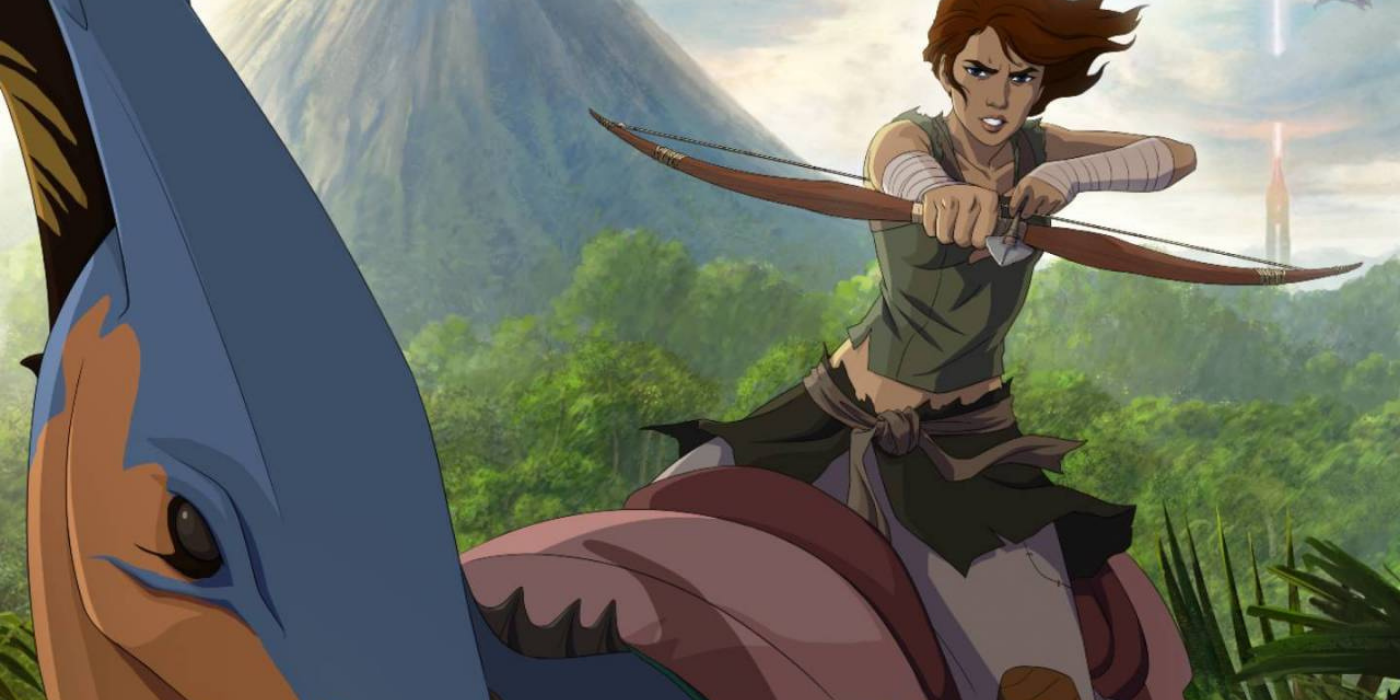 The ARK: The Animated Series trailer has been released, with a stellar voice cast that includes Elliot Page, Vin Diesel and Russell Crowe.

An extended version of the trailer for Ark: The Animated Series was released online.

The trailer features several detailed historical drawings, with various voices discussing topics such as mythology and the cost of violence. The scene then moves to a young woman who wields a bow and arrow and rides a duck-billed dinosaur, which is attacked by a knight in full armor riding a carnivorous dinosaur. Eventually he sends the knight and his mount with the help of his own dinosaur.

RELATED: The best game trailers unveiled at the Game Awards

ARK: The animated series is based on the 2017 open world survival game ARK: Survival Evolved, developed by Studio Wildcard. The series was announced during the 2020 Game Awards and was lit for two seasons of 14 episodes. ARK creators Jeremy Stieglitz and Jesse Rapczak will develop and act as executive producers on the series alongside director Jay Oliva (Batman: The Dark Knight Returns, Justice League: The Flashpoint Paradox). Marguerite Bennett (DC Comics bombshells) is one of the main authors.

The description of the series for ARK: The animated series can be found below:

ARK: The Animated Series tells the story of a mysterious primeval land populated by dinosaurs and other extinct creatures, where people from all of human history have been resurrected. When 21st-century Australian paleontologist Helena Walker awakens on ARK after the tragedy, she must learn to survive and find new allies, or die again at the hands of ruthless warlords, all while trying to uncover the true nature of theirs. strange new world.

ARK: The animated series will premiere in 2022.

My Hero Academia: [SPOILER]The surprise return could endanger another hero

Seattle-based freelance journalist, Collier loves all aspects of pop culture, especially comics and anime. Spider-Man is his favorite fictional character of all time.