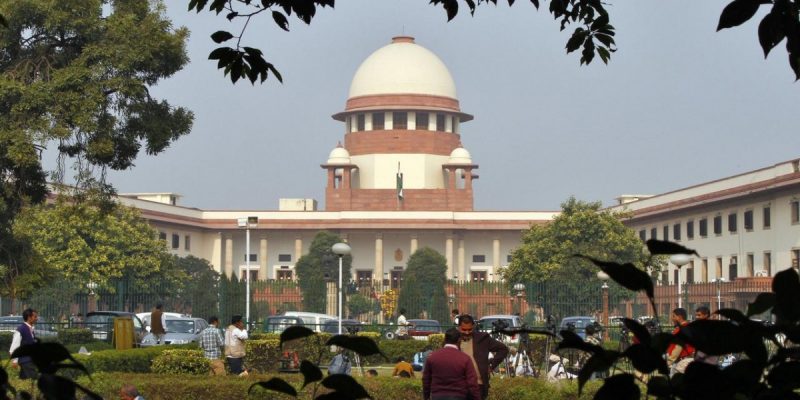 New Delhi: The Supreme Court has prioritized at least six petitions filed by Republic TV editor-in-chief Arnab Goswami over the past nine months, as many citizens languish in jail waiting weeks and months to get a hearing. Demonstrating how efficient the apex court could be, it heard and dealt with most of Goswami’s petitions within a week, or in some cases the next day.

Goswami moved the Supreme Court on April 23, 2020, challenging more FIR for his alleged comments against Congressman Sonia Gandhi on his channel. The case was listed the next day and disposed of. In this case, a complaint was filed against the founder of Republic TV after accusing Gandhi of orchestrating the lynching of Palghar in Maharashtra. However, the bench chaired by Judge DY Chandrachud granted Goswami three weeks of protection against arrest.

In another case, ARG Outlier Media Pvt. Ltd. (which runs Republic TV) and Arnab Goswami moved the apex court on October 10, 2020, on the alleged television rating point (TRP) manipulation scam. This case was heard on October 15, 2020 and resolved. Mumbai police said Republic TV was creating obstacles in the investigation process and that the case could not be transferred to CBI at the moment. The apex court refused to grant Goswami’s request and asked him to move the Bombay High Court.

The Supreme Court on Thursday (December 17, 2020) eliminated another ARG Outlier Media petition – filed on November 6, 2020 – challenge a FIR registered by the Mumbai police against its editors and journalists for allegedly trying to cause “disaffection” among police personnel. The bench chaired by Supreme Court Chief Justice Bobde asked the petitioners to apply to the Bombay High Court.

A petition contesting a FIR against Goswami in the 2018 suicide aiding case was also listed and filed by the apex court within one month.

However, it is surprising how the pace of the Supreme Court in hearing pleas other than Goswami’s does not show much efficiency. Last month, the president of the Supreme Court Bar Association, Dushyant Dave, wrote a letter to the Secretary General of the Supreme Court protesting the “special treatment” given to Goswami. Dushyant questioned how the reporter’s bail request is listed “instantly” whenever the judge moves.

Among the many activists, journalists and academics, who have fought for a hearing before the Supreme Court is the journalist Siddique Kappan. He was arrested on 5 October by Uttar Pradesh police for allegedly conspiring to commit a conspiracy following the gang rape of Hathras. Kappan was held in Mathura Prison in poor condition and was not allowed to see his lawyer for a long time.