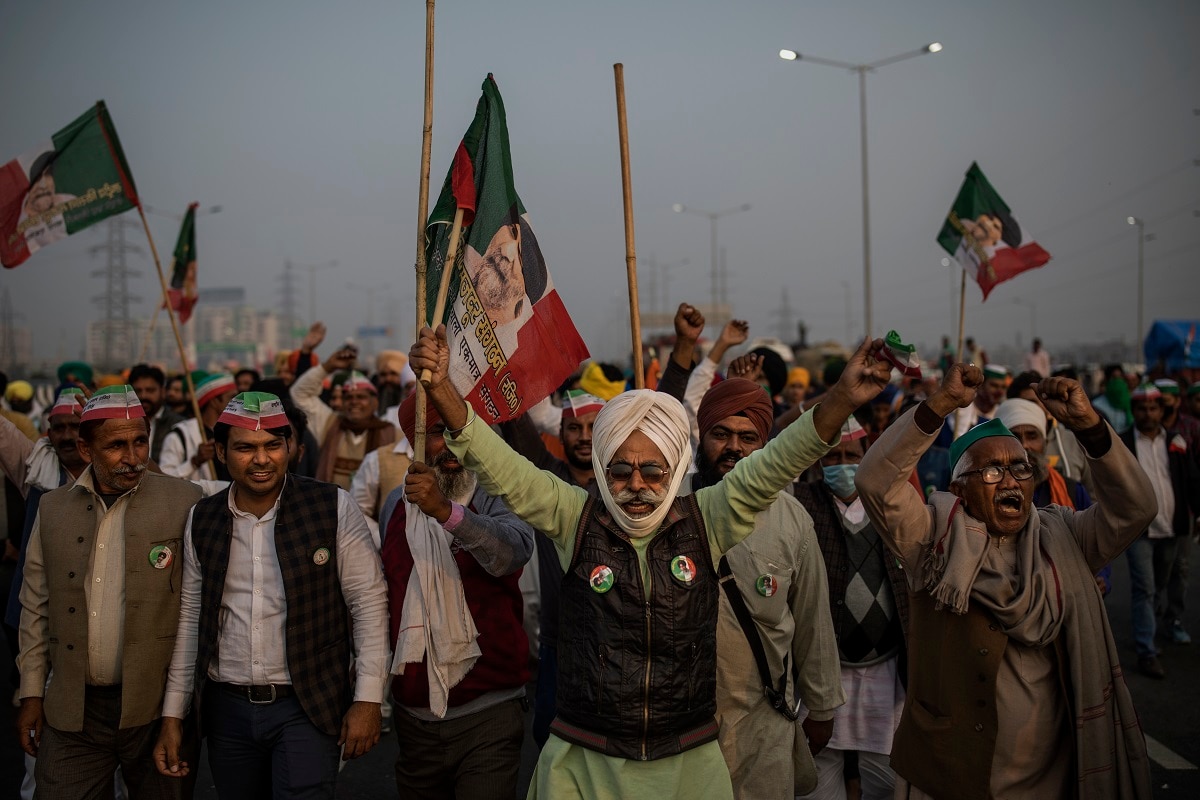 The peasant movement has intensified. It had a significant impact in Haryana. (Symbolic Photo-AP)

Farmers have registered several toll plazas in Haryana in protest, as well as recovery on other toll plazas.

Gurugram The peasant movement against the new agricultural laws once again appeared hot. Due to this, many highways in Haryana were closed on Friday where toll tax collection was stopped. Recovery was halted from midnight on Thursday at several toll plazas in the state, according to information received. At the same time, there are many tolls where farmers have occupied and employees were prevented from collecting toll tax. Due to the environment, toll workers have stopped levying taxes on their own and vehicles are being allowed to be given without toll.

It may be recalled that the Indian Farmers Union had a few days back announced that Haryana would not be allowed to collect toll between December 25 and 27. After which the farmers first went to N.H. at Bastra in Karnal. Recovery has been halted by capturing a toll block at 22 and later recovery has also been halted at Toll Plaza, Karnal-Jind on Doublewali, Rohtak-Panipat Road in Sirsa. However, recovery continued on Friday at Kherki Toll Plaza in Gurugram.

At the same time, on Friday, Haryana police on National Highway-48 stopped farmers on their way to Delhi from Rajasthan on the Shahjahanpur border in Alwar district to join the agitation. Angry farmers blocked the lane from Delhi to Jaipur. Due to this, Delhi has lost contact with Jaipur. The lane from Jaipur to Delhi has been closed. Police diverted traffic from Behrer and Pavta after the jam.Also read:

Haryana: Villagers start anchor for farmers, agitation will continue till the end

Farmers gathered at the Shahjahanpur border on Friday to take part in the agitation. The farmers had a program in Delhi at 1 pm, but were stopped by Haryana police. This led to a confrontation between the one-time farmers and the Haryana police. Later, outraged farmers also blocked the second lane of the highway. Haryana Police has set up security there. At the same time, Rajasthan Police is also on alert mode.