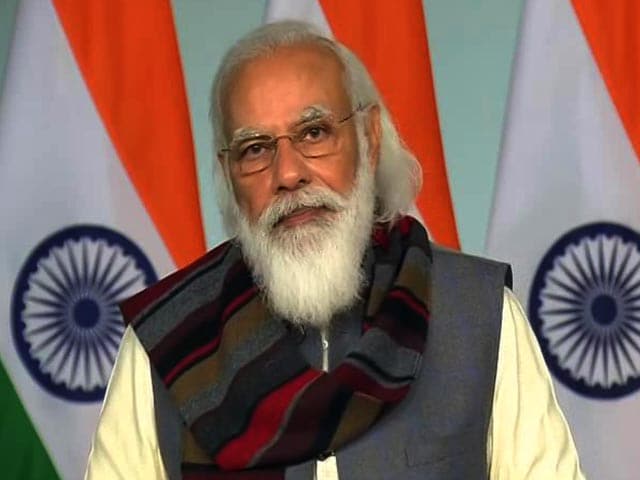 PM Modi attacked the opposition through agitation over agricultural laws.

Farmers protest over farm law: Prime Minister Narendra Modi once again addressed the farmers ‘law at a farmers’ convention in Madhya Pradesh. The PMA said that these agricultural laws which have been brought have not been brought overnight, every government has discussed it in detail in the last 20-22 years. The PM said the new law for farmers in the country has been hotly debated for the last several days. These agrarian reform laws did not come overnight. For the last 20-22 years, every government has discussed it in detail. At least all the organizations have discussed this.

He slammed the opposition parties for supporting the movement, saying, “If you look at the old manifestos of all the political parties in the country today, you should listen to their old statements. No different than when our government, dedicated to farmers, considers farmers to be farmers. We took out the report of the Swaminathan Committee which was thrown in the throat of the files and implemented its recommendations, giving MSP to the farmers at a cost of Rs.

READ ALSO: Notice of Rs 50 lakh to 6 care farmers for participating in farmer protests in UP, then amount reduced

Attacking the opposition, the Prime Minister said, “Farmers should agitate, protest, but not shake the stomachs of these people.” These people assured that their government would not spend more on the farmer. For them, farmers are not the pride of the country, they have used farmers to advance politics. The report of the Swaminathan Committee is a great proof of how ruthless the people who talk to the people are. The report came, but these people continued to suppress the recommendations of the Swaminathan Committee for eight years. Before every election, these people talk about debt forgiveness and how much is debt forgiveness? Does this cover all farmers? Have these people ever thought about a small farmer, who did not go to the bank, who did not take a loan?