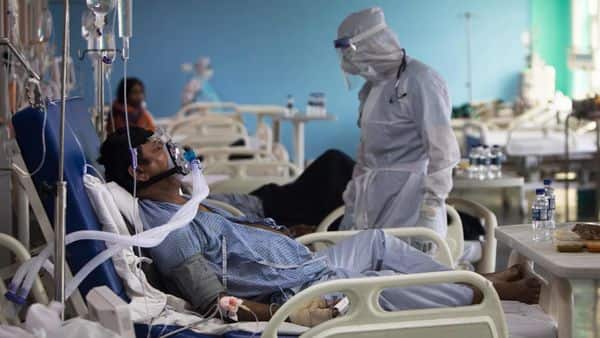 Nationally, the pandemic has slowed since September, but the weekly increases in some states have remained massive in absolute terms. This week, however, Kerala, Maharashtra and West Bengal, the source of the newest infections, combined some 74,000 cases in seven days.

India added 189,186 new patients over this period, the lowest number for a week since mid-July, Union health ministry data showed Thursday. This brought the total case load to 9,956,557.

Active cases have practically decreased everywhere except Uttarakhand. In Delhi, whose third wave has now peaked, the drop was 34%, and in Haryana and Rajasthan it was around 26%. Rajasthan has faced a new wave of infections in recent weeks and was forced to re-impose stringent measures. Madhya Pradesh and Gujarat, which had also imposed some nightly curfews, also reported a slowdown.

All weekly trends are based on seven-day moving averages to minimize the effect of volatile and lagged ratios.

The continuing decline in active cases indicates that more patients recover than test positive. In the worst months, the trend was reversed and put pressure on health systems.

More than 500 people died in Maharashtra this week, causing the state budget to increase by 1%. That was one-fifth of the total number of covid-related deaths in India this week. But Kerala continued to have the fastest jump in death toll (8%). Haryana (5%) and Uttarakhand (5%) were next.

With this, the total death toll in India reached 144,451 as of Thursday.

As at the state level, even at the district level the worst figures are low by previous standards. Of all 334 districts with over 5,000 confirmed cases so far, Mandi and Kangra in Himachal Pradesh reported the worst peak in the past week, data from howindialives.com shows. But their jump was 13% and 12% respectively. Wayanad in Kerala was next with an 11% increase in workload.

In deaths, the highest peak was recorded by Shimla (14%) in Himachal Pradesh and Malappuram and Kozhikode (11% each) in Kerala.

Over the past two weeks, the positivity rate has declined in all major states, data from covid19india.org showed. But despite the slowdown, states must not miss tests for the virus, especially as winter picks up and the year-end rush approaches. Consistently high testing in Delhi has helped tame the outbreak, but West Bengal’s low testing rate amid the growing case load is cause for concern.

Globally, the United States continues to add the most new coronavirus cases – nearly 30% of all cases in the past week. Brazil and India contributed 6% and 3% respectively. India also reported only 3% of all recorded deaths globally in the past seven days. A steady slowdown has helped the country reduce its cumulative share from nearly 10.5% two months ago to less than 9% today.

After the UK, the vaccination process began in the US this week, with healthcare professionals receiving the first dose of the federally approved Pfizer vaccine “target =” _ blank “rel =” nofollow “> Anthony Fauci, the top disease expert in the country, said vaccines could help the country achieve herd immunity by the end of the second quarter of 2021.

In India, where vaccines have yet to gain approval for public distribution, the government has cleared some air around its launch plan. Priority will be given to frontline health workers and people over the age of 50, and the government will also take the help of electoral rolls to facilitate vaccine distribution. The country aims to vaccinate up to 300 million people by July 2021.

But getting a vaccine isn’t the sure way to avoid getting infected. Although the UK started vaccination trials earlier, covid-related deaths have resurfaced. In the past week, the country has seen more deaths than India, accounting for 4% share globally. Pandemic fatigue doesn’t have to let impatience creep in, particularly with vacation weeks coming up at the end of the year.