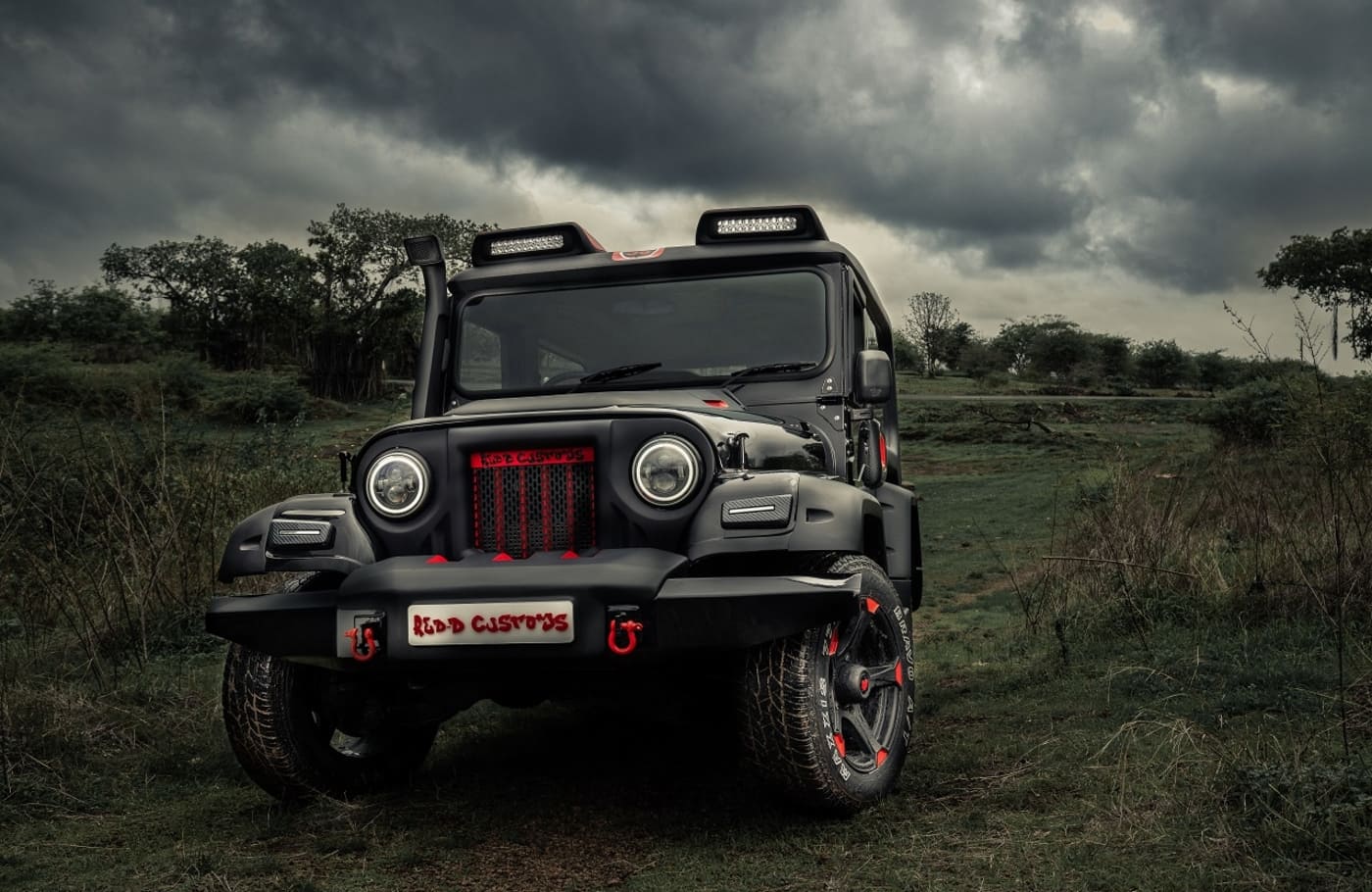 Check out this custom Mahindra Thar, which gets some off-road specific modifications, along with a redesigned interior

The new generation of Mahindra Thar is one of the most exciting launches this year and is enjoying considerable popularity among buyers in India. While the newer version is certainly a great car, the older one was no small thing either. Though a bit crude and basic, the old Mahindra Thar was an extremely capable off-roader.

Here, we bring you a beautiful example of a custom first generation Mahindra Thar. This vehicle was modified by Reddy Customs, a garage based in Pune. The vehicle was called “Black Hawk” and was completely modified both outside and inside. At the front end of the car an off-road bumper was added, which gets a bumper and two tow hooks.

The front grille is also customized, with the red color adding aggression to the style. The headlights and turn signals are also customized and a pair of auxiliary LED light bars have been added to the roof of the car. The front and rear fenders have been lengthened, adding width to the SUV. It also has custom alloy wheels, black with red highlights, shod with Maxxis Bravo tires.

The rear section of the vehicle is equipped with aftermarket LED taillights and even the hardtop is customized. The tailgate still opens to the side and a spare wheel is mounted on it. A snorkel has also been added to improve wading ability, and the SUV also has a larger side lane. As for the cabin of the Thar, it also has many changes.

The rear seats have been removed and custom flooring has been added to the rear. The headliner is new and features a Y-shaped ceiling light. The dashboard is also customized and looks better than the basic barebones stock dash. Overall, the design of the Mahindra Thar “Black Hawk” looks extremely wonderful.

The older generation Mahindra Thar was available with two diesel engine options: 2.6-liter DI and 2.5-liter CRDe. The first generated modest power of 63 HP and 182 Nm, while the second was significantly more powerful, rated at 105 PS and 247 Nm. The transmission system consisted of a 5-speed manual gearbox, which could be achieved with a system RWD or 4WD.