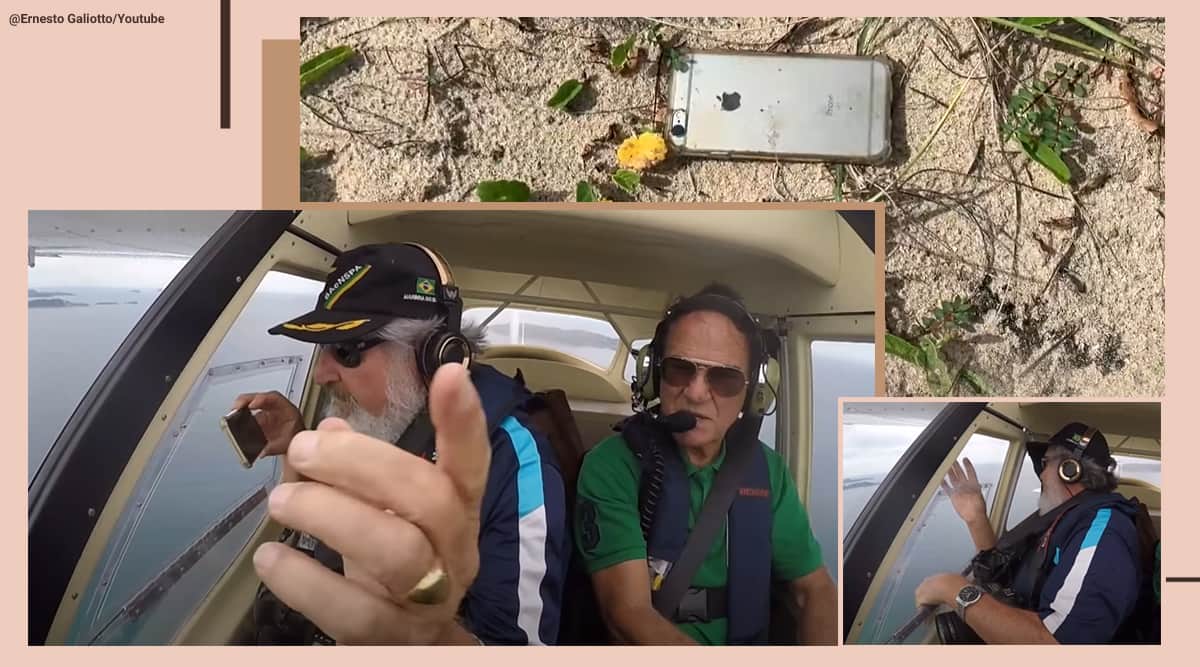 Strong winds made the phone slip from the director’s hand.

When his phone slipped from his hand during a flight, director Ernesto Galiotto could have been justified in thinking it would be destroyed. But in a video that has since been widely shared on social media, he not only found the phone, but found it worked.

Galiotto, a well-known Brazilian environmentalist and filmmaker, was trying to capture images from the window of a small plane as it flew over the Rio de Janeiro coast. However, his cell phone was blown out of his hand and he fell nearly 2,000 feet.

A camera inside the plane’s cabin recorded the moment the phone slipped from the director’s hands.

However, the next day the director found the phone working and the only damage it suffered was some scratches.

The phone – an iphone 6s – also recorded the fall that lasted about 15 seconds and the moment of impact.

Galiotto said G1 Globe he had been optimistic about finding his phone if it hadn’t fallen into the water. However, he was concerned that the falling device might have injured someone.

With the help of his friend Victor de Oliveira Tostes, Galiotto activated the GPS tracking system of the mobile phone to find him, Correio Braziliense reported.

“Hey guys, believe it or not, the cell phone that flew from my plane is here, in the middle of nature, in fact it is we who are helping to defend nature and then protected nature! It’s here, guys! “Says Galiotto in the video after recovering the phone.

For all the latest trending news, download the Indian Express app.