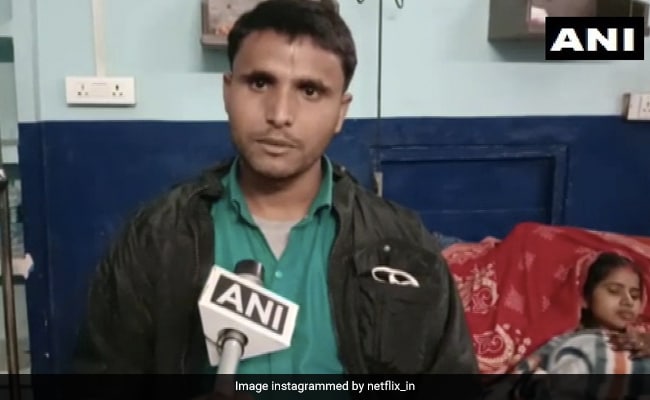 The couple decided to get married only in the hospital.

A couple in the Prayagraj district of Uttar Pradesh decided not to change their marriage plans after the bride accidentally fell off the roof of her home on her wedding day.

The woman, who injured her spine and legs at her home, was hospitalized.

The couple decided to get married only in the hospital.

Speaking with ANI, Dr. Sachin Singh, a doctor at the hospital, said the woman was given permission to perform the ritual on the hospital premises.

“The woman had accidentally fallen off the roof as a result of which there was a minor spinal injury. Her legs cannot move yet. As she was about to get married, we gave her permission to perform the rituals. We have her. Also advised to avoid leg locomotion, “Singh said.

“It’s nice to see the bride and groom get married despite the bride being bedridden,” she added.

Mr. Awdhesh, the groom says, “Whatever happened was fate. I decided to stay with her and support her in times of trouble.”

Mr. Aarti, the bride, says: “Initially, I felt a little apprehensive. But afterwards, my husband told me he would be there for me even if I wouldn’t recover. I was happy to know.”

The couple’s family members were seen offering them their blessings in the hospital itself.