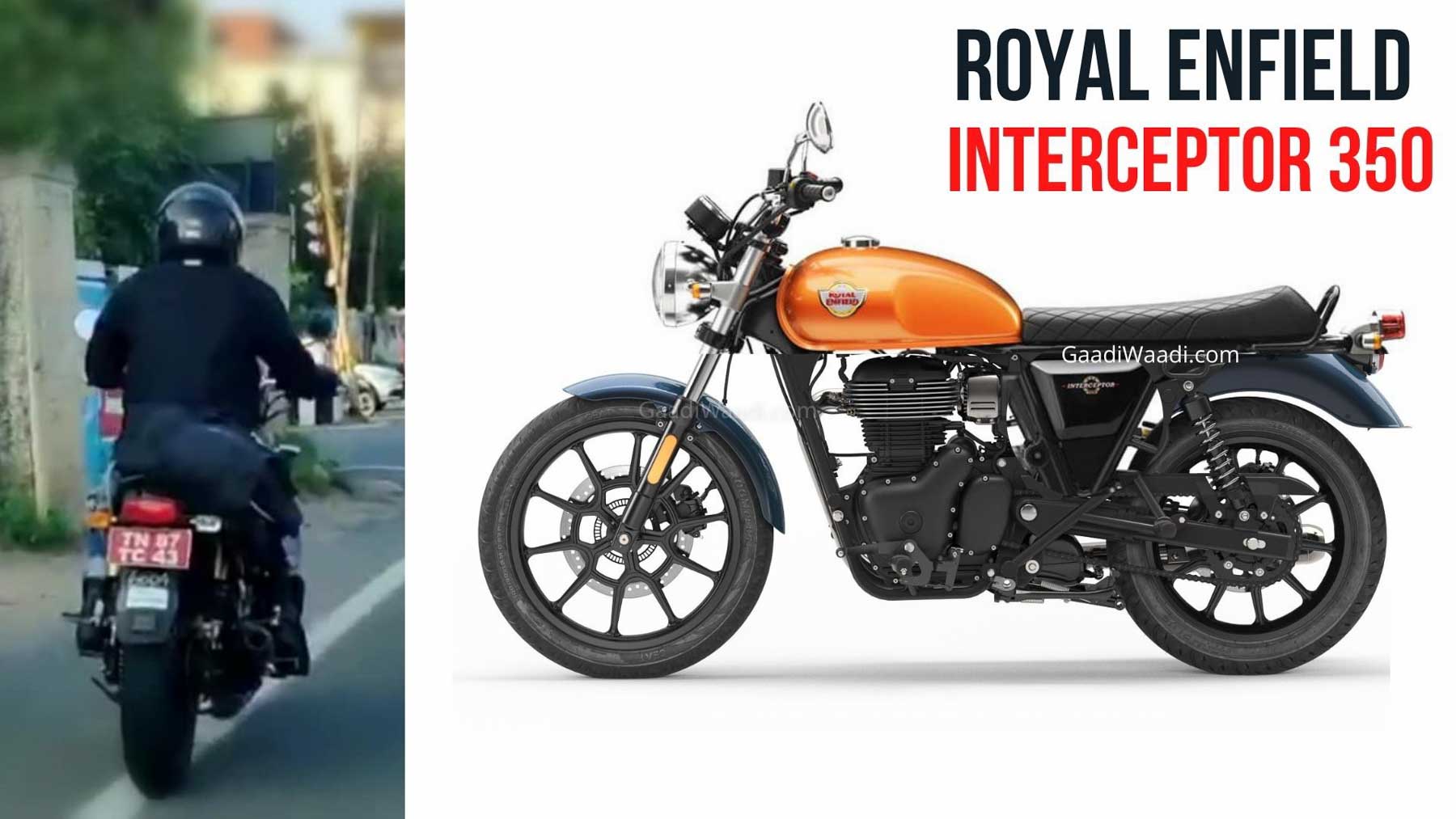 Royal Enfield Interceptor 350 appears to share many pieces with the Interceptor 650, including taillights and turn signals

Royal Enfield has had tremendous success with the Interceptor 650 and Continental GT 650 over the past couple of years and they have emerged as the best-selling premium motorcycles in the country, while the reception in global markets also deserves applause. The Chennai-based manufacturer is working on a range of new motorcycles for launch in the coming years.

Just recently, the Meteor 350 which replaces the Thunderbird 350 went on sale in three variations with a brand new platform, engine, improved refinement along with improved fit and finish. The same twin down tube frame will give life to a host of new motorcycles including the next generation Classic 350. RE has already revealed its intentions to enter new segments and we have also seen test mules of different body styles.

Chief among which is a nearly 650cc platform-based production cruiser, while a Triumph Street Twin-style roadster appears to be in development. Today we have a spy image of what appears to be a brand new motorcycle from the local retro manufacturer. Surprisingly, it has several points in common with the Interceptor 650, including the taillight and rectangular turn signals.

In addition, the footboards, rear fender and rear suspension also look identical to the Royal Enfield Interceptor 650. This suggests that it may be called the Interceptor 350 due to its resemblance to the flagship motorcycle. The black finished exhaust system points the finger at the Int 350 using the new 349cc oil-cooled single-cylinder engine that debuted in the Meteor 350.

It produces a maximum power of 20.2 horsepower and 27 Nm of maximum torque and is linked to a five-speed transmission. The test mule rider had an upright, relaxed riding position, suggesting that the high handlebars and footpegs are positioned for long travel capabilities like the Int 650.

We expect the possible Royal Enfield Interceptor 350 to be positioned at a slight premium over Meteor and the upcoming Classic. There are also possibilities of the same 349cc tuned for better performance to differentiate the Int 350 from other entry-level REs.