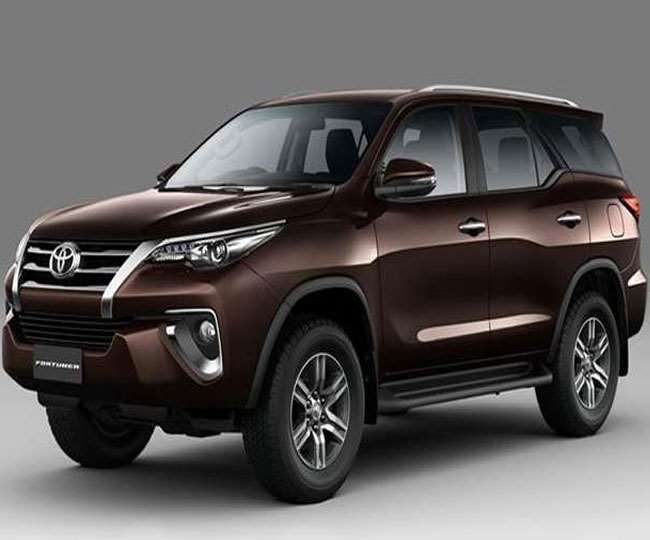 New Delhi, Auto Toe Desk. Toyota is preparing to launch its next 2021 Toyota Fortuner facelift. Let me tell you that this car will be available for sale in India from January 6. However, variants of these SUVs have been announced even before the launch. According to media reports, the company may launch the Toyota Fortuner Facelift in 3 trims, including Fortuner 2WD, Fortuner Legendar 2WD and Fortuner Sigma 4 (4WD).

Let me tell you that some time ago, during a test drive on Indian roads, Standard Fortuner Facelift and High Special Legend were found. Let us tell you that the facelift model will come with a much more sportier design than the regular Fortuner. Customers will be offered projector lamps, simple black out mesh grilles, L-shaped DRLs as well as more aggressive looking bumpers than before, making them look better than before. The new Fortuner will also offer customers 20-inch dual-tone alloy wheels.

If you talk about the Fortuner Legend, then customers will be offered wireless charging, lane departure warning system, 360 degree camera, radar-guided cruise control and many other great features.

Although more details about the new Fortuner have not been released yet, the company is expected to bring a 2.8-liter turbo-diesel engine to the Fortuner. The engine will be capable of generating a maximum power of 201 bhp and a peak torque of 500 Nm. Along with this engine, it will also have a 2.7-liter petrol unit capable of generating a maximum of 164 PS of power and 245 Nm of peak torque. If you’re talking about transmissions, manual and automatic transmission options can be found in the new Fortuner.