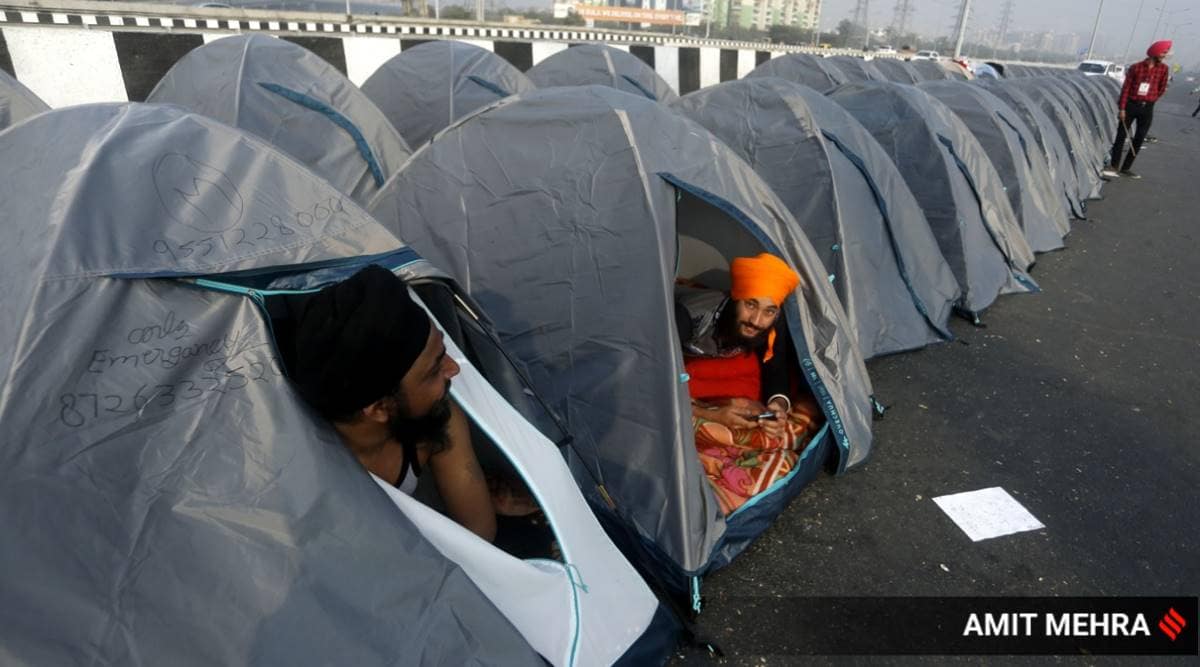 The day after farmers’ unions, protesting at the Delhi borders against the new agricultural laws, said they were open to talks if a more concrete proposal is presented, the government responded Thursday saying it is ready for the “logical resolution” of all issues raised by farmers.

In a letter to 40 representatives of farmers ‘unions, Vivek Aggarwal, joint secretary of the Ministry of Agriculture and Farmers’ Welfare, urged them to decide the time and date for the next round of talks and to “provide details on other matters you want to negotiate on. “

“The Indian government wants to once again reiterate its commitment to be ready for the logical resolution of all issues raised by agitated farmers’ unions,” he said.

Writing to the ministry the day before, the farmers’ unions had said that, apart from the three central acts, “your ‘proposal’ on minimum support prices had nothing clear or concrete that deserved a response from us. Regarding minimum service prices, you proposed a “written guarantee” regarding the continuation of the current procurement system. However, farmers’ organizations require a legal guarantee that all agricultural products will only be purchased at MSP or higher, again at an MSP set with the formula C2 + 50% according to the recommendation of the National Farmers Commission. When the government sends the draft of this legislation (for the legally guaranteed realization of profitable MSP for all agricultural products and for all farmers), we will give a detailed answer without any delay “.

In search of a legal guarantee on MSP, unions are now linking MSPs to the “C2 + 50% formula”.

In a memorandum to the Secretary of Agriculture on October 14, union representatives had listed five requests, including three related to MSP, which included implementation of the Swaminathan Commission report “to fix MSP with C2 + 50% formulas”; and make MSP and state procurement of all crops a legal right of farmers.

The Agricultural Costs and Prices Commission provides for three types of production costs – A2, A2 + FL and C2 – for each crop, both at the mid-state level and across India.

A2 covers all costs incurred directly by the farmer – in cash and in kind – on seeds, fertilizers, pesticides, subordinate labor, leased land, fuel, irrigation, etc.

A2 + FL includes A2 plus an imputed value of unpaid family work.

C2 is a more comprehensive cost that takes into account rents and lost interest on owned land and fixed capital assets, in addition to A2 + FL.

Farmers during the protests against agricultural laws.

“This was mentioned in every round of talks. It was also made clear that the government is ready to provide written assurance regarding the continuation of the current MSP-based procurement system, ”he said in the letter.

“It does not seem logical to make any new demands on this matter, which is removed by the new agricultural laws. But as stated earlier, the government is ready to discuss any issues raised by you, ”Aggarwal said.

Regarding the position of the unions on the Electricity Amendment Act and the issue of stubble burning, he said the government is ready for talks on further issues – in addition to the issues identified at the December 3 meeting between the government and the unions.

He said the government is ready to discuss the issues, with good intentions and an open heart, to end the turmoil.

The day before, reading the letter sent by farmers’ leaders, Swaraj India president Yogendra Yadav told the press at the Singhu border: “We urge the government not to repeat those nonsensical amendments that we have already rejected, but to present a proposal. concrete. in writing, so that an agenda can be made and the negotiation process can be started as soon as possible. We are waiting for the government to proceed with an open mind and clean intentions. “