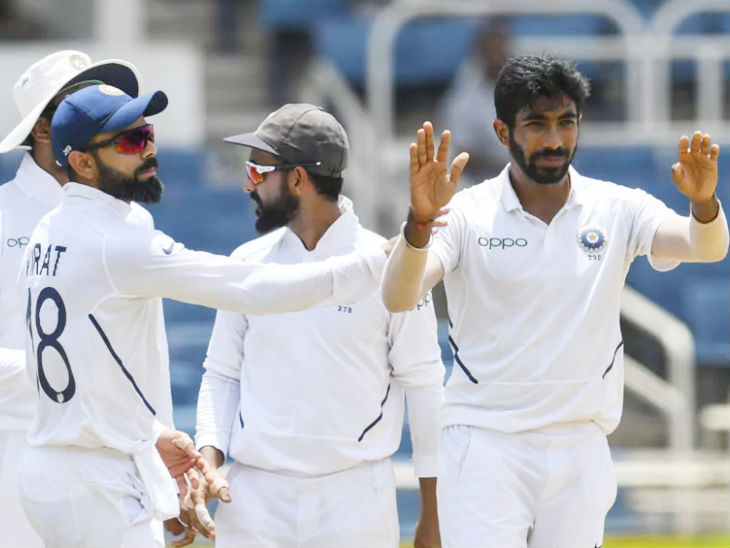 Team India toured Australia in 2018-19. Virat was then the captain of the team and India won the Test series 2-1. (File photo)

Team India announced the playing XI for the first Test (Day-Night) to be played in Adelaide. Mayank Agarwal and Prithvi will be the show openers. In the absence of Ishant Sharma, Umesh Yadav will be the third pacer. The team has four specialist bowlers. Shami, Bumrah and Umesh will handle the pace department. Ravichandran Ashwin is the only spinner in the final 11. However, he may be supported by Hanuma Vihari.

Cheteshwar Pujara, Virat Kohli and Ajinkya Rahane will be in the middle order. Hanuma Vihari can bat in 6 and Riddhiman Saha in 7.

There is no place for Jadeja
All-rounder Ravindra Jadeja, who struggled with intrusive and hamstring problems in the first T20, has not found a place in the playing XI. In such a situation, Team India may have to use Hanuma Vihari as the fifth bowler.

Virat will leave the tour and return

Virat will return to the country for the birth of his first child after the Adelaide Test. The board has approved Virat’s paternity leave. Rahane will lead the team from the second Test.

Rohit could join the third Test

Rohit Sharma, who has been in the news for some time for fitness, will not be available for the first two Tests. He left for Australia on Tuesday. According to sources, Rohit could play in the third Test.

India will play a four-Test series on the tour of Australia. The first Test will start in Adelaide on December 17, this will be India’s first day-night Test abroad. Team India has lost 2-1 in a series of 3 ODIs. However, the T20 match of the match was won by India 2-1.