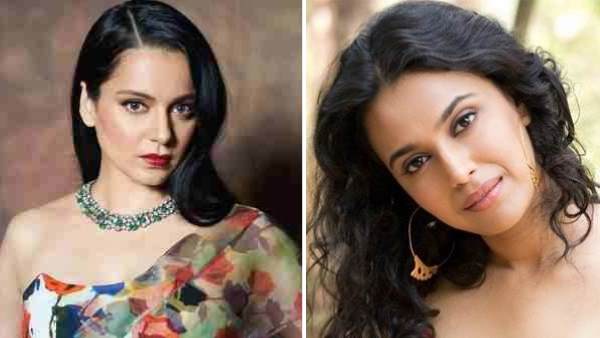 Swara Bhaskar has worked with Kangana

Swara Bhaskar goes on to say, ‘We often make the mistake that if a person plays a character on screen, who is eternal and heroic and because he is an expert in his art and is talented, then it is real life and I am the same. Will do No, he doesn’t have to be a good person in real life. This does not mean that the heroic qualities seen in a non-screen character should also be present in the actor playing that character.

Swara had earlier said about Kangana’s statements on her own that she should not listen to insults, but she upheld the people’s right to freedom of expression. He also said in an interview that if Kangana wanted to tell him something, he could call but he should not lie. Swara said so much that Kangana is saying that she (Swara) supports nepotism, which is a complete lie.

Swara also said that Kangana Ranaut called her a B-grade actress and Karan Johar’s sequel, which shows her mindset. Swara said, ‘B is the best in my mind. So I like everything you say. Often what people say reveals their mindset, rather than what they talk about. And I think it’s really bad for what happens to an outsider and even for a discussion on B-grade actors. I think people say more about their own mindset than about me, Tapsi or anyone else. ‘

What did Kangana Ranaut say in her interview?

“I want to say through this interview that … for me I have to lose here … because I know they need 20 needy outsiders tomorrow,” Kangana Ranaut said in an interview with Republic TV. We will meet like Tapsi Pannu and Swara Bhaskar, who will stand up and say, ‘Oh! Only Kangana has a problem with nepotism. We like Karan Johar very much. If you like Karan Johar, then why are you both B-grade actresses? You both look better than Alia Bhatt and Ananya (Pandey). You are both good actresses. Then why don’t you get a job? Your whole existence is proof of devotion. Why do you tell me how happy you are with the industry? ‘