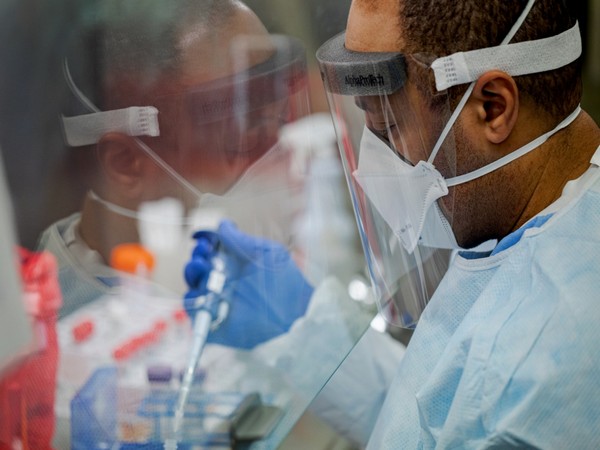 A recent study revealed that COVID-19 antibodies decrease significantly within several months of infection and preferentially target a different part of the virus in mild cases of COVID-19 than in severe cases.

A recent study revealed that COVID-19 antibodies decrease significantly within several months of infection and preferentially target a different part of the virus in mild cases of COVID-19 than in severe cases.

The results published in Science Immunology identify new links between the course of the disease and a patient’s immune response to it. They also raise concerns that people could be reinfected, whether antibody tests to detect a previous infection could underestimate the magnitude of the pandemic, and whether vaccinations may need to be repeated at regular intervals to maintain a protective immune response.

“This is one of the most comprehensive studies to date of the immune response of antibodies to SARS-CoV-2 in people across the spectrum of disease severity, from asymptomatic to fatal,” said Scott Boyd, MD, Ph.D. , associate professor of pathology. “We evaluated multiple time points and sample types, and also analyzed viral RNA levels in patients’ nasopharyngeal swabs and blood samples. It is one of the first general insights into this disease.”

The virus binds to the ACE2 receptor

Researchers studied 254 people with asymptomatic, mild or severe COVID-19 who were identified via routine testing or occupational health screening at Stanford Health Care or who arrived at a Stanford Health Care clinic with symptoms of COVID. 19. Of the people with symptoms, 25 were treated on an outpatient basis, 42 were hospitalized outside the intensive care unit, and 37 were treated in the intensive care unit. Twenty-five people in the study died from the disease.

SARS-CoV-2 binds to human cells via a structure on its surface called a spike protein. This protein binds to a receptor on human cells called ACE2. The binding allows the virus to enter and infect the cell. Once inside, the virus loses its outer coat to reveal an inner shell that encloses its genetic material. Soon, the virus co-opts the cell’s protein-making mechanism to churn out more viral particles, which are then released to infect other cells.

Boyd and his colleagues analyzed the levels of three types of antibodies – IgG, IgM, and IgA – and the proportions that targeted the viral peak protein or inner shell of the virus as the disease progressed and patients recovered or became ill. . They also measured the levels of viral genetic material in nasopharyngeal samples and in the patients’ blood. Finally, they evaluated the effectiveness of the antibodies in preventing the binding of the spike protein to ACE2 in a laboratory dish.

“Although previous studies have evaluated the overall antibody response to infection, we have compared the viral proteins targeted by these antibodies,” Boyd said. “We found that disease severity correlated with the ratio of antibodies that recognize spike protein domains to other non-protective viral targets. Those people with mild disease tended to have a higher percentage of anti-spike antibodies and those who died. for their disease he had more antibodies that recognized other parts of the virus. “

Substantial variability in the immune response

The researchers caution, however, that although the study identified trends among a group of patients, there is still substantial variability in the immune response mounted by individual patients, particularly those with severe disease.

“Antibody responses are probably not the only determining factor in someone’s outcome,” Boyd said. “Among people with serious illness, some die and others recover. Some of these patients activate a vigorous immune response and others have a more moderate response. So, there are many other things going on. There are other branches of the system as well. immune involved. It is important to note that our results identify correlations but do not demonstrate causality. “

As in other studies, the researchers found that people with mild, asymptomatic disease had lower overall antibody levels than those with severe disease. After recovery, IgM and IgA levels steadily decreased to low or undetectable levels in most patients for approximately one to four months after symptom onset or estimated date of infection, and IgG levels decreased significantly.

“This is fairly consistent with what has been seen with other coronaviruses routinely circulating in our communities to cause the common cold,” Boyd said. “It is not uncommon for someone to be reinfected within a year or sometimes earlier. It remains to be seen whether the immune response to SARS-CoV-2 vaccination is stronger or persists longer than that caused by natural infection. It is entirely possible it could. be better. But there are many questions that still need to be answered. “

Boyd is a co-chair of the National Cancer Institute’s SeroNet Serological Sciences Network, one of the nation’s largest coordinated research efforts to study the immune response to COVID-19. He is the principal investigator of the Center of Excellence in SeroNet at Stanford, which is addressing critical questions about mechsms and the duration of immunity to SARS-CoV-2.

“For example, if someone has already been infected, should they get the vaccine? If so, how to prioritize them?” Boyd said. “How can we adapt seroprevalence studies in vaccinated populations? How will immunity from vaccination differ from that caused by a natural infection? And how long could a vaccine be protective? These are all very interesting and important questions.”

(With input from ANI)

Disclaimer: This post was automatically published from an agency feed without any text changes and has not been reviewed by an editor