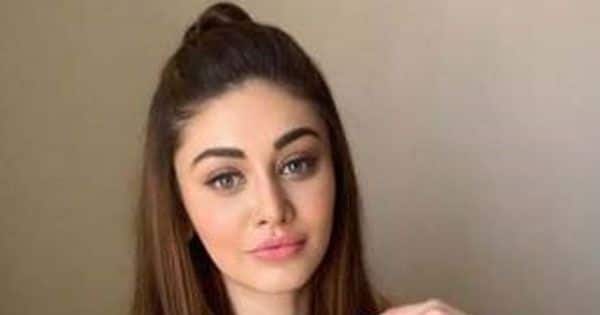 Bigg Boss 14 recently saw a bad fight between Arshi Khan and Vikas Gupta. From day one, they both fought and said bad things. Arshi had provoked Vikas but had been patient all this time. The quarrels of Arshi Khan and Vikas Gupta irritated everyone, and even the outside audience didn’t like it. Apparently, they had a few outside fights after Bigg Boss 11 ended and it continued for Arshi Khan in season 14. He didn’t leave a chance to irritate Vikas Gupta and followed him everywhere in the house. Arshi pushed his limits when he brought Vikas’ family problems into the house and tried to show him on national TV. Vikas was angry at the way Arshi spoke. Read also – Bigg Boss 14 latest promotion: “Don’t touch my hand,” Rahul Vaidya and Eijaz Khan charge each other like Sidharth Shukla and Asim Riaz – watch video

Everyone asks Arshi not to cross the line but she wasn’t in the mood to do so. Vikas lost his temper and pushed Arshi into the pool. After that Bigg Boss asked Vikas to leave the house. However, many disliked that only Vikas was punished and not Arshi. Bigg Boss 13 contestant Shefali Jariwala also didn’t like what happened with Vikas. In an interview with Pinkvilla, Shefali said: “I didn’t like what happened with Vikas. I know he became physical but there is an action and a reaction to it. Arshi also had a physicist with him and she’s been on his case since they walked in the house. And that really bothered me because Vikas is a friend. I know what his problems are and I know how much patience he must have kept. She must have really pushed him against the wall to make a step like that. I think if Vikas had been punished, Arshi should have been punished too. ” Also Read – Bigg Boss 14: Fans Fall In Love With Rahul Vaidya, ‘You Kill It Man’ – Read Tweets