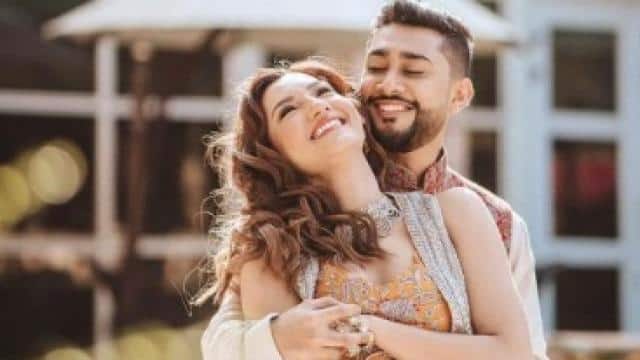 Actress Gauhar Khan is in discussions with Zaid Darbar. Now they have only one week left in their marriage. Earlier, Gauhar Khan shared a video of the pre-wedding shoot in which she is seen in a romantic style with Zaid Durbar. This video is being heavily liked and shared.

Gauhar Khan has posted this video on his Instagram. Both are seen in the traditional look in the video. Gauhar is seen in a lehenga, while Zaid is wearing a cream colored sherwani. “There is 1 week left for the wedding,” Gauhar wrote in the caption. Know that Gauhar and Zaid are to tie the knot on December 25th.

Between reports of Gauhar and Zaid’s relationship, it is being said that there is a 12-year age difference between them. But Gauhar denied this in a recent interview. Gauhar says there is no 12-year difference between the two. He is a few years older than Zaid. Gauhar also says that both do not mind. People know how to talk.

In fact, in an interview with E-Times, Gauhar said, “Let me make it clear that the so-called age gap is wrong between me and Zaid.” I am a few years older than Zaid, but 12 years is wrong. ‘

“I have never met a person like Zaid,” Gauhar said of her marriage to Zaid. I thought he was just like me. We met and started spending time with each other. Zaid never thought he would ever propose to anyone. He had no plans for marriage, but Zaid proposed to me only 1 month after I met him.