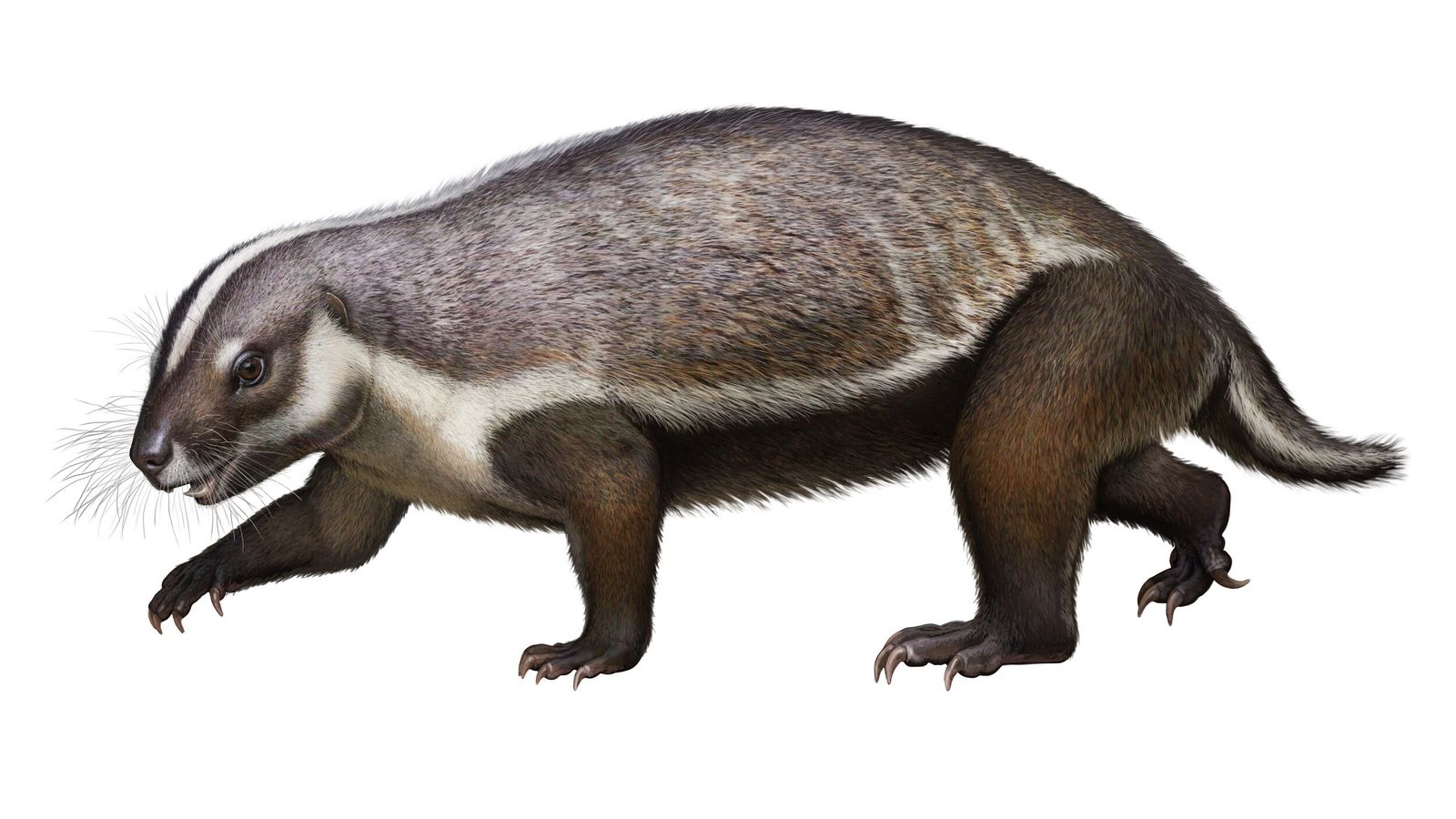 Scientists have described the ways in which an ancient “mad beast”, which lived alongside dinosaurs in Madagascar some 66 million years ago, broke the rules of evolution.

Officially called Adalatherium hui, which literally translates from Malagasy – the national language of Madagascar – and from Greek as “mad beast”, the mammal was discovered earlier this year and announced in the journal Nature.

Now a team of 14 international researchers has published their comprehensive 234-page monographic treatment that examines the creature’s bizarre history and evolutionary characteristics.

It was the size of a modern cat or opossum, according to researchers from Stony Brook University in the United States, and the skeleton is the most complete for any mammal ever discovered from this era in the Southern Hemisphere.

The animal is also surprisingly large for the mammals of its time, which were believed to be the size of mice, and is expected to have hid to forage and avoid dinosaurs.

The 234-page treatise, consisting of seven separate chapters, is part of the Society of Vertebrate Paleontology (SVP) memoir series, a special annual publication that provides a more in-depth treatment of the most significant vertebrate fossils.

Among the notable features of the mad beast are its spinal column, which contains more trunk vertebrae than most other mammals, its muscular hind limbs which were placed in a sprawling position – similar to modern crocodiles – and its muscular forelegs that were tucked under the body.

It had a strange crack in the bones at the top of its snout and front teeth that – like a rabbit’s – combined with back teeth that were “completely different from those of any other known mammal, living or extinct.”

“Knowing what we know about the skeletal anatomy of all living and extinct mammals, it’s hard to imagine that a mammal like Adalatherium could have evolved; it bends and even breaks many rules,” said Dr. David Krause.

According to scientists, if only the creature’s back teeth were found, the mystery of the animal would remain to this day.

The complete Adalatherium skeleton was found in rocks from Madagascar dated towards the end of the Cretaceous period, about 66 million years ago.

At that time, Madagascar was already an island separated from Africa for over 150 million years and from the Indian subcontinent for over 20 million years.

“Islands are a matter of strangeness,” says Dr. Krause, “and so there was plenty of time for Adalatherium to develop its many extraordinarily unique characteristics in isolation.”