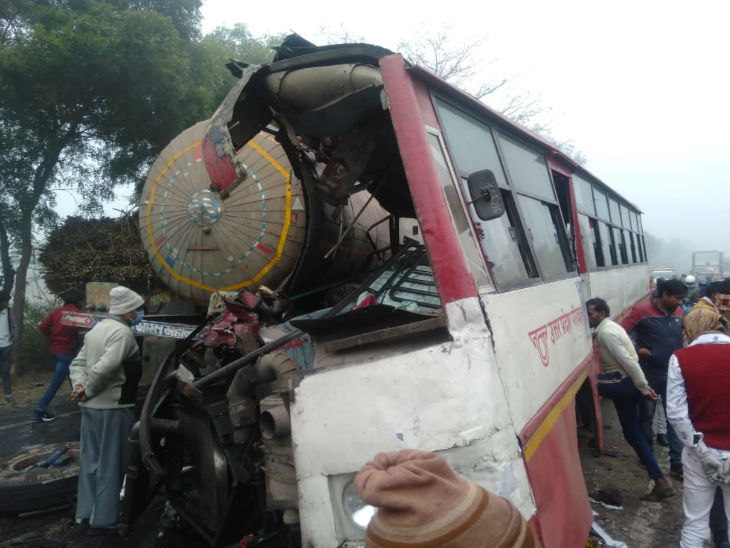 be cautious24 minutes ago

This bus from Alig depot was going from Chandausi to Alig with passengers. The accident happened in Dhanri police station area.

A high-speed roadways bus and a tanker collided head-on in Uttar Pradesh’s Sambhal district on Wednesday morning. Eight people were killed in the bus crash. 25 passengers were injured. The condition of many of them is said to be serious. Mortality may increase. The accident took place in the Dhanri police station area on the Moradabad-Agra national highway.

It is said that the accident was caused by fog. The bus was going from Chandausi to Alig with passengers. The accident was so terrible that the tanker was driving the bus. Half of the bus was scattered on the road.

After the accident, the administration started relief operations with the help of locals.

Hearing the noise, the locals rushed to the spot and started the relief operation. Chief Minister Yogi Adityanath has expressed grief over the accident. He directed the authorities to provide all possible assistance to the victims.

The collision was so fast that the engine of the bus was badly damaged.