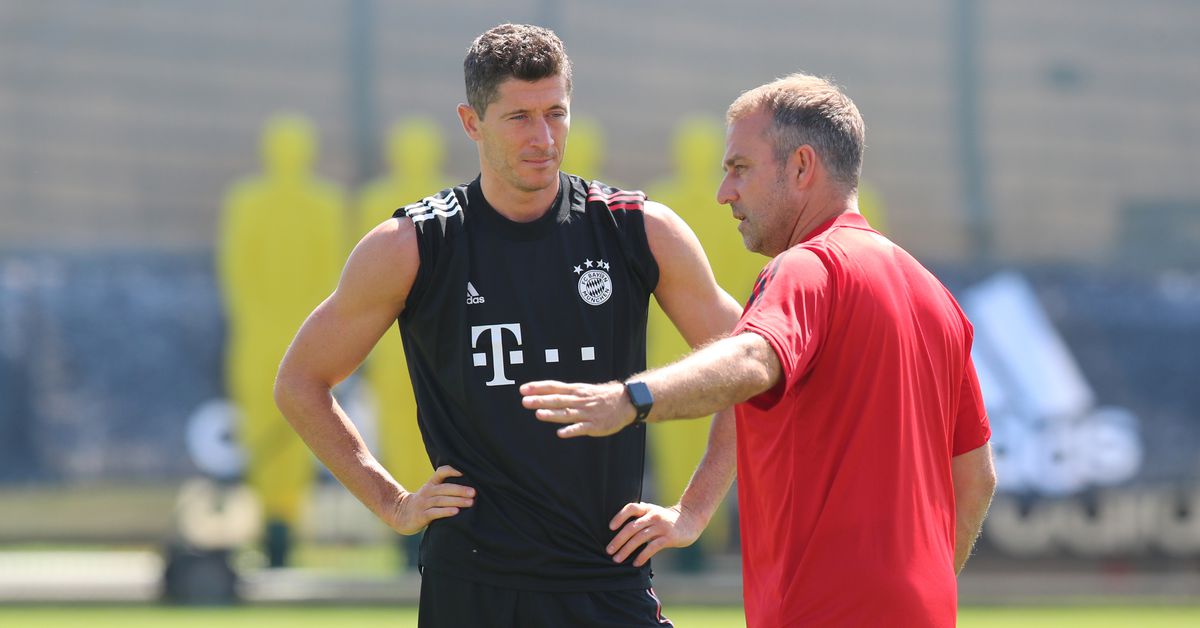 Of the three, Lewandowski is the biggest shoo-in to take the honor of best footballer of the year for his exploits with Bayern and Poland. Obviously, Lewandowski is in the running with Juventus’ Cristiano Ronaldo and Barcelona’s Lionel Messi, but Lewandowski has had the season of his life, leading the scores charts in the Bundesliga, DFB-Pokal and Champions League en route to the top.

Speaking to reporters following Bayern’s 2-1 win against VfL Wolsburg on Wednesday, both Lewandowski and Flick said they remain calm about their nominations. It was Lewandowski’s brace that helped Bayern secure three points against a well-disciplined Wolfsburg. Having a good performance less than 24 hours before the FIFA World Best Footballer ceremony is indicative of just how deserving the best male footballer of the year is. He scored Bundesliga goals 250 and 251 against Oliver Glasner’s men, becoming only the third Bayern player to do so behind only Gerd Müller and Klaus Fischer.

Personally he is not losing sleep whether or not he will enter the Bundesliga: “You have to ask FIFA,” said the Polish ace when asked who would win the FIFA award for best player of the year. He continued: “No, I’m very happy to be there and we’ll see what happens tomorrow. I hope it’s a good day.”

When a reporter told him that many believe he will win the award, he replied: “Thank you, it will be great. Something not just for me, but for my family, my friends, for many people, I hope. We will see what happens tomorrow. “

Flick, who is in the running to win the best coach of the year, was short and sweet when asked about the prizes Neuer and Lewandowski were vying for. Naturally, both players had immense performances against Wolfsburg; Lewandowksi scored his brace and Neuer made a couple of spectacular saves right on death to save the three points for Bayern. “We all hope that both Manu and Lewy receive the awards they deserve. They both deserve it, ”Flick told reporters after the 2-1 win (Abendzeitung).