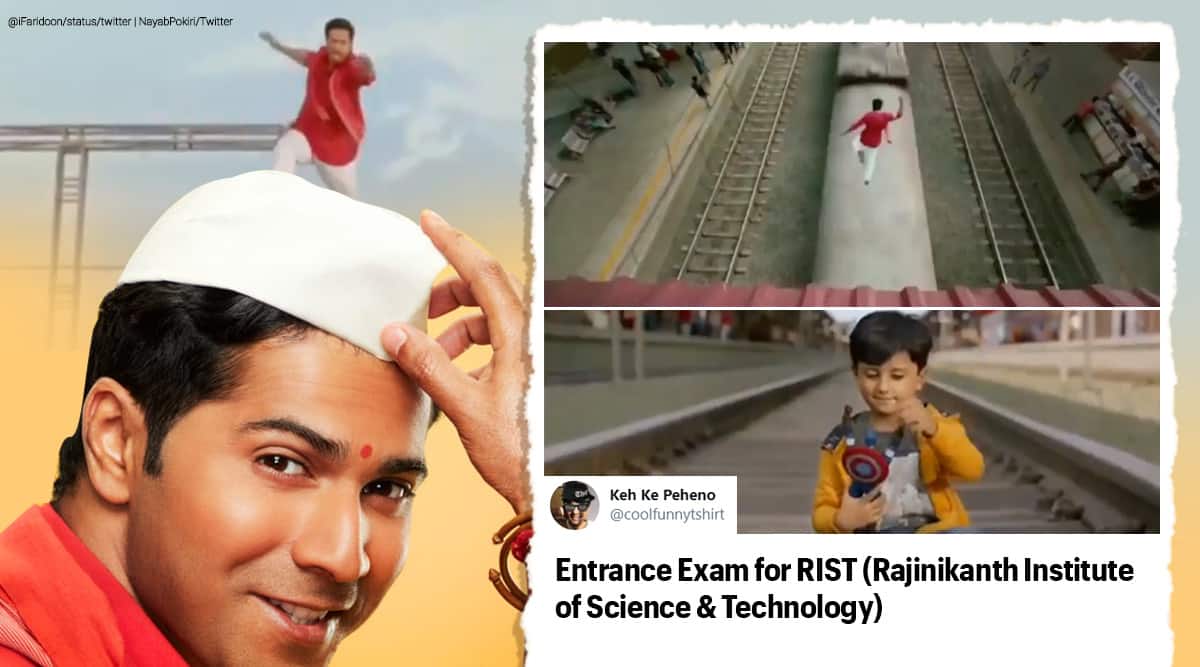 A scene from David Dhawan’s remake starring the 1995 hit Coolie No 1 got everyone talking online. In a small clip that goes viral from the comedy movie, the lead actor is seen running on a moving train and jumping off it at the right moment to save a child.

The energy-filled scene shows Dhawan diving into action: first running faster than the train, sprinting on his buses, then safely reaching the tracks to rescue the child.

The clip is widely shared online with sarcastic comments and jokes.

With hilarious memes and GIFs, netizens are now making fun of the Bollywood film makers.

How the public reacts to this 😅😅😅😅 pic.twitter.com/ECE2GZshZR

After his jump … Newton’s law of motion cries at the corner 😭😭🙏 https://t.co/mgmNLyqz1t

AMAZING. IN THE OUTDOOR SPACE. https://t.co/fy5ykdXsv9

Coolie No 1, starring Varun Dhawan, Sara Ali Khan, Paresh Rawal, and Jaaved Jaaferi among others, was released on Amazon Prime Video. The film is David Dhawan’s 45th directing adventure who also directed the original, which featured Govinda, Karisma Kapoor and Kader Khan in the lead roles.