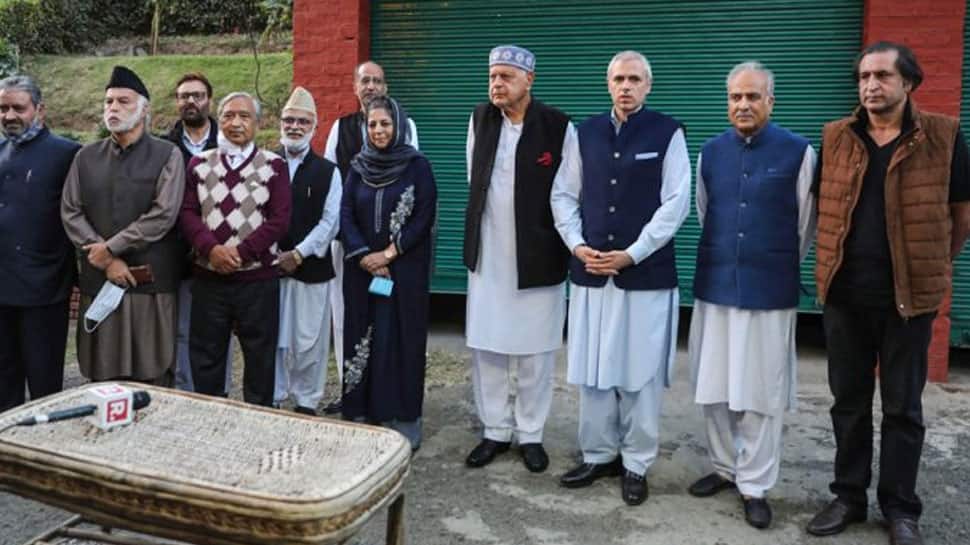 SRINAGAR: Backed by its performance in the recently concluded district-level local government polls in Jammu and Kashmir, the People’s Alliance for the Gupkar Declaration (PAGD) has now stepped up efforts to control district development councils in those districts where no party or alliance obtained a majority.

The PAGD has a clear majority in six boroughs, followed by the BJP in five in the first DDC elections. However, the alliance of seven traditional regional parties had an advantage over the saffron party in six other districts as it is just under one or two seats for the majority, while the BJP is in the driver’s seat in one district.

Independent candidates, who have won 50 seats across the Union territory, dominates the rest of the two districts: Srinagar and Poonch – where they won seven and eight seats respectively.

Congress, on the other hand, can play the role of king in districts where there is no majority for any party, even though it ended up with only 26 seats in 20 districts – 10 each in Kashmir Valley and the Jammu division – – and he has already indicated that he is committed to “checkmate” the BJP where possible.

There are 280 DDC constituencies 14 each in 20 districts and so far the results for 278 have been reported. The results of two DDC constituencies are expected as the counting of the votes has been held suspended to clear up doubts about the citizenship of two of the candidates vying from the Bandipora and Kupwara districts of North Kashmir.

“The counting of votes has been postponed in the constituency of Drugmulla (district of Kupwara) and Hajin-A (Bandipora) in view of a question that has arisen on the suitability of one of the candidates who contested the two seats,” J&K State Election Commissioner, KK Sharma had said.

Two people from Pakistan-occupied Kashmir (PoK), married to former militants, are among the contenders from the constituencies of Dragmulla and Hajin-A.

With the focus shifting to selecting DDC presidents from among the 14 elected representatives for each district, sources said the frenzied activity has begun as both rival camps – PAGD and BJP – are looking to garner the support of Independents to wrest control over the top districts through their presidents.

The PAGD, which among others includes regional heavyweights National Conference and PDP swept away the DDC polls winning 110 seats, while the BJP emerged as the single largest party winning 74 seats including three in the Kashmir Valley. J&K Apni Party won 12 seats, PDF and National Panthers Party (NPP) two each and BSP one.

Congressional chief spokesman Ravinder Sharma said no formal talks were initiated with the PAGD with whom he had entered into a seat-sharing agreement prior to the DDC elections.

“The government has yet to issue a notification as some places must be reserved for women, programmed castes and programmed tribes. The process must be completed within one month of the results being declared, “Sharma said.

However, he added: “As for Congress, it has pledged to checkmate the BJP where possible. But other non-BJP and independent parties, who are against the policies of the BJP, must work simultaneously in that direction to prevent any exchange of horses or the use of their party and the government machinery by the ruling party. “

Sharma said the BJP has a clear majority in only five out of 20 districts, while the rest of the 15 districts have non-BJP parties like Congress and others or Independents who can form DDCs.

The DDC will become a new governance unit in the Union territory, replacing the previous district planning and development councils which were headed by a cabinet minister in the former state to oversee the functions of the Halqa Panchayats and Block Development Councils in tandem with the line departments.

The central government introduced the legislation on October 16 through an amendment to the J&K Panchayati Raj Act, which includes the formation of the DDC and a district planning committee. The Center said that doing so was paving the way for the strengthening of grassroots democracy.

The J&K administration also amended the J&K Panchayati Raj Rules, 1996, to provide for the establishment of DDCs elected in J&K, thus fully implementing the 73rd and 74th amendments to the Constitution in the former state which was deprived of special status under article 370 and split into two union territories last year.

The eight-stage DDC elections took place from November 28 to December 19, and the counting of votes took place on December 22.