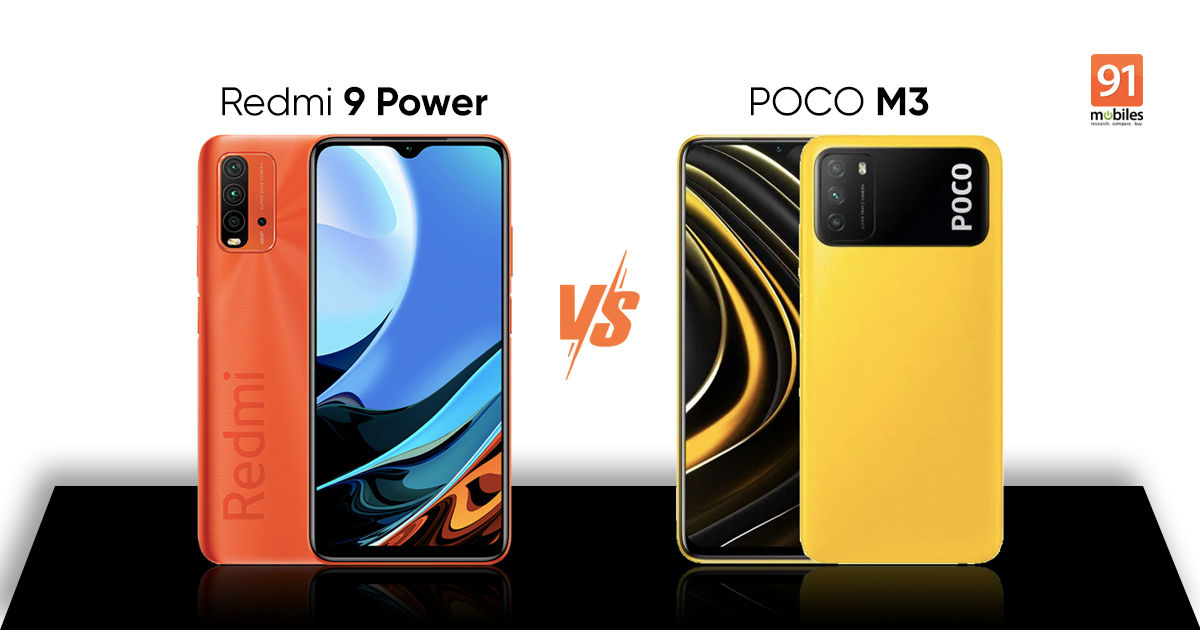 The price and specs of the Redmi 9 Power in India were announced on Thursday. The smartphone packs a few noteworthy features, including a 6,000mAh battery and a 48MP quad camera setup at a starting price of just Rs 10,999. The price of the Redmi 9 Power in India is similar to the global price of the POCO M3. In fact, the device also shares many of the same specs as the POCO M3, which raises the question of whether the two are essentially the same. As a reminder, POCO M3 is the latest offering in POCO’s M series and was launched globally last month. There is a good chance the POCO M3 will be launched in India soon as well. So should you wait for the POCO phone or buy the new Redmi 9 Power instead?

Starting with the specifications, Redmi 9 Power and POCO M3 both to run MIUI 12 based on Android 10 ready to use and equipped with dual-SIM support. The phones sport a 6.53-inch FHD + display with a standard 60Hz refresh rate and a teardrop notch for the selfie camera. The front camera on both phones uses an 8MP sensor for selfies and video calling. At the heart of Redmi 9 Power and POCO M3 is the Qualcomm Snapdragon 662 SoC paired with the Adreno 610 GPU and 4 GB of LPDDR4X RAM.

On paper, the Redmi 9 Power differs from the POCO M3 only in two departments: cameras and design. The Redmi 9 Power has an “aura power design” with a rectangular camera module in the left corner of the rear panel. Meanwhile, the POCO M3 comes with a unique rear panel finish that sees a large camera island in the top half. Notably, the Redmi 9 Power has a four-camera system that includes a 48MP primary sensor, an 8MP ultra wide-angle lens, a 2MP macro lens, and a 2MP depth sensor. The POCO M3, on the other hand, comes with a triple camera setup consisting of a 48MP main camera, an 8MP wide angle lens, and a 2MP sensor.