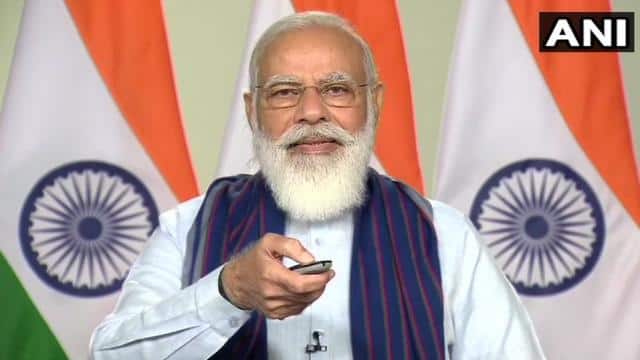 A relief amount of Rs 1600 crore will be added to the accounts of about 35.50 lakh farmers in Madhya Pradesh in the Kisan Sammelan to be held today or Friday. On this occasion, Prime Minister Narendra Modi and Madhya Pradesh Chief Minister Shivraj Singh Chauhan will address the farmers of the state. An official of the Madhya Pradesh Public Relations Department said on Thursday that Chief Minister Chauhan had given detailed instructions on December 18 through video conferencing about four-tier farmer welfare programs and conferences in the state.

He said a state-level general assembly would be held in Raisen, which would include Chief Minister Chauhan. Other conferences will be held at district, development block and gram panchayat level. “In these farmers ‘conferences, a relief amount of Rs 1,600 crore will be transferred to the farmers’ account of crop loss in Kharif 2020,” the official said. About 35.50 lakh farmers will benefit from this.

He said the chief minister would participate in the state-level main program in Raisen, which would involve about 20,000 farmers. In other districts, the minister will distribute relief to farmers in these programs. Similar programs will be held at block and village level. The official said that due to the Kovid-19 epidemic, the Chief Minister also directed that these farmer welfare programs and conferences should follow the rules to maintain social distance. All farmers must use a mask.

“After the chief minister’s address, Prime Minister Modi will address the farmers via video conference at 2 pm,” he said. The official said that these conferences would provide detailed information to the farmers about the beneficial provisions of the new agriculture law.