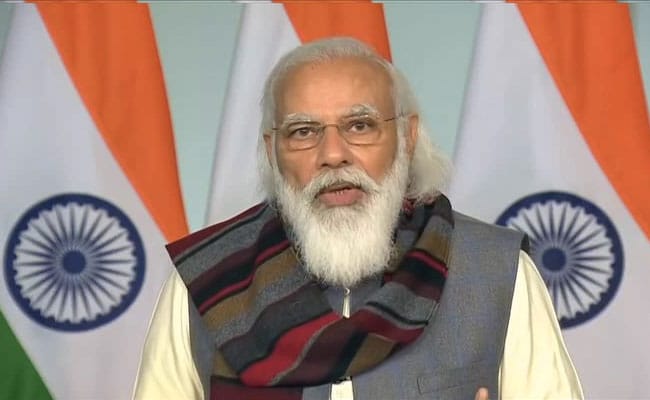 Prime Minister Narendra Modi today strongly defended agricultural laws at the heart of massive farmers’ protests, saying they have been debated for more than two decades by every government, but the opposition resented his government because it would not get credit. .

“These laws have not been introduced overnight. For the past 22 years, every government and state has discussed them in detail. Groups of farmers, agricultural experts, economists, scientists and progressive farmers have called for reform. Opposing these laws today they promised these reforms in their posters, “Prime Minister Modi said, addressing farmers in Madhya Pradesh via video.

“These parties are grieving today. They’re wondering what we couldn’t do, how could Modi do? Why should he get credit? My answer is: hold credit. I’ll give credit to your posters too.. I don’t want credit. life of the best farmers. Stop misleading the farmers. “

The Prime Minister’s speech was part of the government’s strong commitment to farmers during protests on highways near Delhi over the three central laws enacted in September.

Stressing the need for reform, Prime Minister Modi said Indian farmers cannot lag behind the world in terms of facilities.

“Today I want to expose those who have absolutely no care or sincere concern for you – our anna-daatas (farmers). I want to warn all those who have been misled and instigated in the name of these agricultural laws”, the First Minister said.

He referred to Congressional pledges during 2018 polls in states like Madhya Pradesh to forgo agricultural loans. “What strong and big promises were made before the Madhya Pradesh elections, that if they win, they will cancel all agricultural loans for every farmer in the state within 10 days. They just lie and try to use you with promises or playing on your fears. “he said.

“These people are used to lying, using you for votes and after winning the election, sitting down and licking all the cream of corruption.”