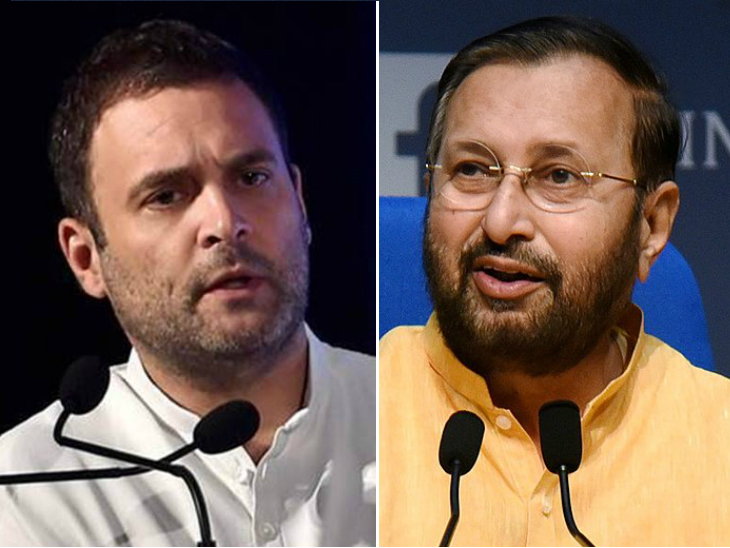 The Parliamentary Committee on Defense Affairs met on Wednesday. Congress leaders, including Rahul Gandhi, walked out of the meeting. Union Minister Prakash Javadekar had targeted Rahul in this regard.

Congress leader Rahul Gandhi on Thursday wrote a letter to Lok Sabha Speaker Om Birla. He alleged that he was not given a chance to speak at the parliamentary committee meeting. Rahul Birla appealed to take the matter seriously so as to protect the right of elected MPs to speak openly in meetings.

14 sessions in two half years, Rahul absent from 12
He said, “Rahul Gandhi may not be aware that sessions are also held to decide the agenda of the meeting, but he does not exist in these sessions. In the last two and a half years, 14 sessions were called. Of these, Rahul attended only 2.

“First Rahul does not attend the convention, then he questions the BJP government and the process,” he said.

Congress leaders, including Rahul, walked out
A meeting of the parliamentary committee on defense matters was held on Wednesday. Congress leaders, including Rahul Gandhi, walked out of the meeting. According to sources, Rahul had alleged that the uniforms of the forces were being discussed at the meeting instead of national security. Rahul called it a waste of parliamentary committee time.

At the committee meeting, Rahul Gandhi wanted to talk to Ladakh about tensions in China and providing better weapons to troops. However, the chairman of the committee, Jewel Oram (BJP), did not allow him to come.

Rahul wanted to discuss national security
According to sources, the issue of Army, Navy and Air Force uniforms is being discussed in the presence of Chief of Defense Staff (CDS) General Bipin Rawat. At the same time, Rahul wants to talk about national security and ongoing tensions with China in Ladakh.