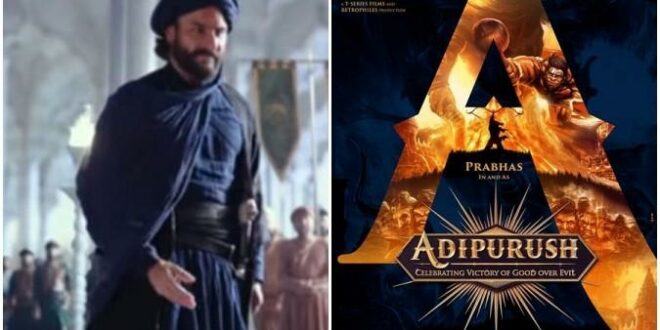 Since Prabhas’s Adipurush was announced, the film has more than often been in the headlines. Aside from the usual updates, the revelation of Saif Ali Khan who plays Raavan in the film didn’t go well with many. Additionally, the speech about Kiara Advani for the role of Sita also garnered criticism.

Now, the latest is that an appeal has been filed against Saif Ali Khan for his comments in his recent interview. Asked about his role in Adipurush, Sai Ali Khan said that “Ravan’s benevolent and human side will be projected” through the film. This didn’t go well with many people and after massive criticism, Saif apologized for his statement and withdrew the words he said. Saif also said that Lord Ram has always been a symbol of righteousness and heroism for him.

Well, despite Saif’s apology, a lawyer filed a petition against Saif Ali Khan for hurting religious feelings. Himanshu Srivastava, a civil lawyer who filed the petition, claims to have a deep faith in “Sanatan Dharma”. He said that Lord Ram was considered a symbol of good while Raavan is always a symbol of evil. The petitioner criticized Saif’s words which read: “Lakshman had cut off the nose of Raavan Surpanaka’s sister and Raavan kidnapping Sita was justified”.

The petitioner argues that Saif’s interview is a negative representation of the belief in Sanatan Dharma.