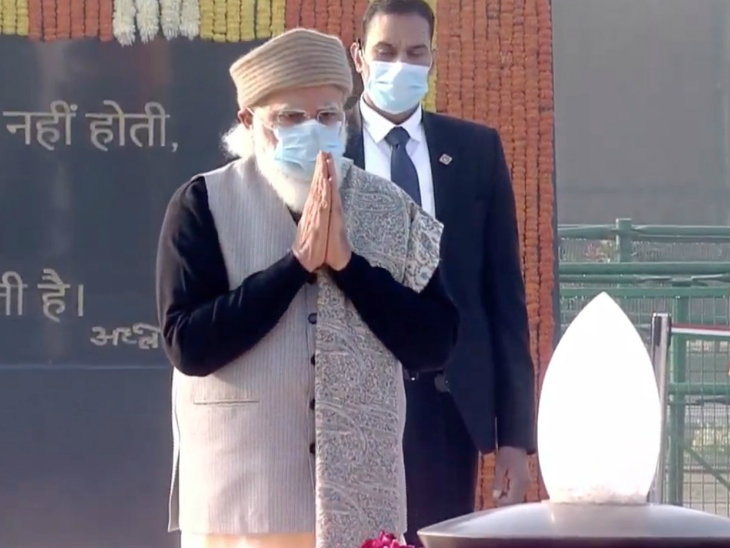 Greetings to former Prime Minister Venerable Atal Bihari Vajpayee on his birthday. Under his visionary leadership, he took the country to unprecedented heights of development. His efforts to build a strong and prosperous India will always be remembered.

Tribute to the revered Atal Bihari Vajpayee on his birth anniversary, who ushered in an era of development, poor welfare and good governance in India through the life of politics and nation-based ideology.
Atal Ji’s duty and national service will always be a source of inspiration for us. pic.twitter.com/MkUGUPUUL

I remember and salute Atal Bihari Vajpayee, the former Prime Minister and the pinnacle of Indian politics, on his birth anniversary. He set new standards of development and good governance in India. Atalji followed the limits in politics. This country will always be inspired by his ideas.