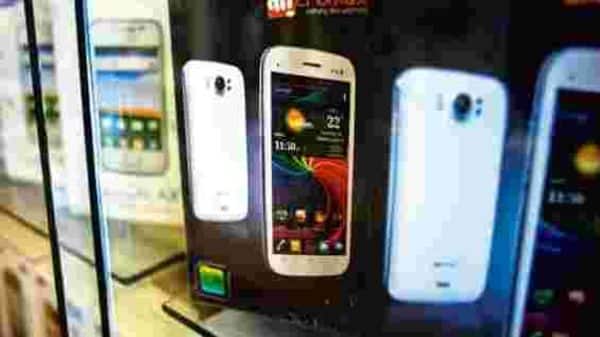 Indian producers may be on the verge of discovering their potential. The incentives offered under the production-related incentive scheme (PLI) are a catalyst that investors bet they could change the rules of the game. However, very few publicly traded companies could benefit from the program. The shares of the few that are listed have already increased significantly with the announcement of these incentives.

Analysts estimate that the scheme could add $ 144 billion to companies’ revenues by FY27 and India’s exports could increase by $ 55 billion. In addition, these incentives are likely to create 2.2 million jobs and see $ 22 billion in direct capital spending, according to a December 11 report from Credit Suisse India.

Among the sectors that could benefit enormously is electronics manufacturing, especially mobile manufacturing. The PLI scheme provides incentives equivalent to 4-6% of incremental sales on a one-year basis for locally manufactured electronic products to push India into the top three mobile phone manufacturers.

Electric vehicle manufacturers, battery manufacturers, textile companies and food processors are some of the others who will benefit from the push to encourage local manufacturing. About 62% of the expenditure of the second PLI scheme of ₹1.46 trillion is intended to support the production of cars, batteries and pharmaceuticals over a five-year period.

But there are some skeptics. “China has built infrastructure and logistics parks, which provide services such as electricity at much cheaper rates. The cost of land for producers is also lower (compared to India). India is lagging behind on these issues. Eventually, the market will realize that the expected benefits from the package are not coming as easily or as quickly as expected, ”said an analyst at an institutional brokerage firm, seeking anonymity.

Of course, this does not mean that there will be no gains. Beneficiaries could be the household appliances and electronics sectors. Incentives higher than ₹50,000 crore are up for grabs. Shares of Amber Enterprises Ltd and Dixon Technologies Ltd have already risen significantly after the announcement; hence, further gains will be gradual.

The pharmaceutical sector is likely to benefit ₹25,000 crore over the next five years, with the PLI scheme extended to the entire sector and not just a few segments. The shares that could benefit from it are Divi’s Laboratories Ltd, IPCA Laboratories Ltd and Cadila Healthcare Ltd.

Some of the other beneficiaries include auto parts manufacturers Minda Industries Ltd, Exide Industries Ltd and Amara Raja Batteries Ltd, as they take advantage of the opportunities offered by the Atmanirbhar Bharat initiative. Media said companies are accelerating plans to manufacture lithium-ion cells in an effort to take advantage of them ₹18,000 crore of government subsidies announced under the PLI program.

Astra Microwave Products Ltd, a defense equipment manufacturer, is expected to benefit from the Defense Ministry’s decision to curb imports of 101 items under the Atmanirbhar program. And Indo Rama Synthetics (India) Ltd is likely to create additional capacity to utilize the benefits under the PLI scheme of ₹1,068 crore announced for this sector.

But analysts said beyond this handful of companies, there aren’t many listed companies that could benefit from the scheme.

To be sure, a lot will depend on which companies start new projects within the schemes; but there are currently only a few listed companies that meet the program criteria.

“For some industries, there are no listed pure-play companies that are eligible for this package. The pattern is positive for market sentiment, but we don’t know if the narratives being cast will be as successful as the market assumes. Thus, market optimism may be misplaced on this front, ”said an investment management strategist on condition of anonymity.

Furthermore, it will take some time to complete the schemes as the costs of land acquisition are still exorbitant. However, the idea behind the introduction of the PLI scheme may vary from sector to sector.

“The political objective is different for the various sectors; for furniture, textiles, pharmaceuticals (net exporters), it could be to increase exports, while for the rest, it could be to replace imports with costs or safety, “says the Credit Suisse report.