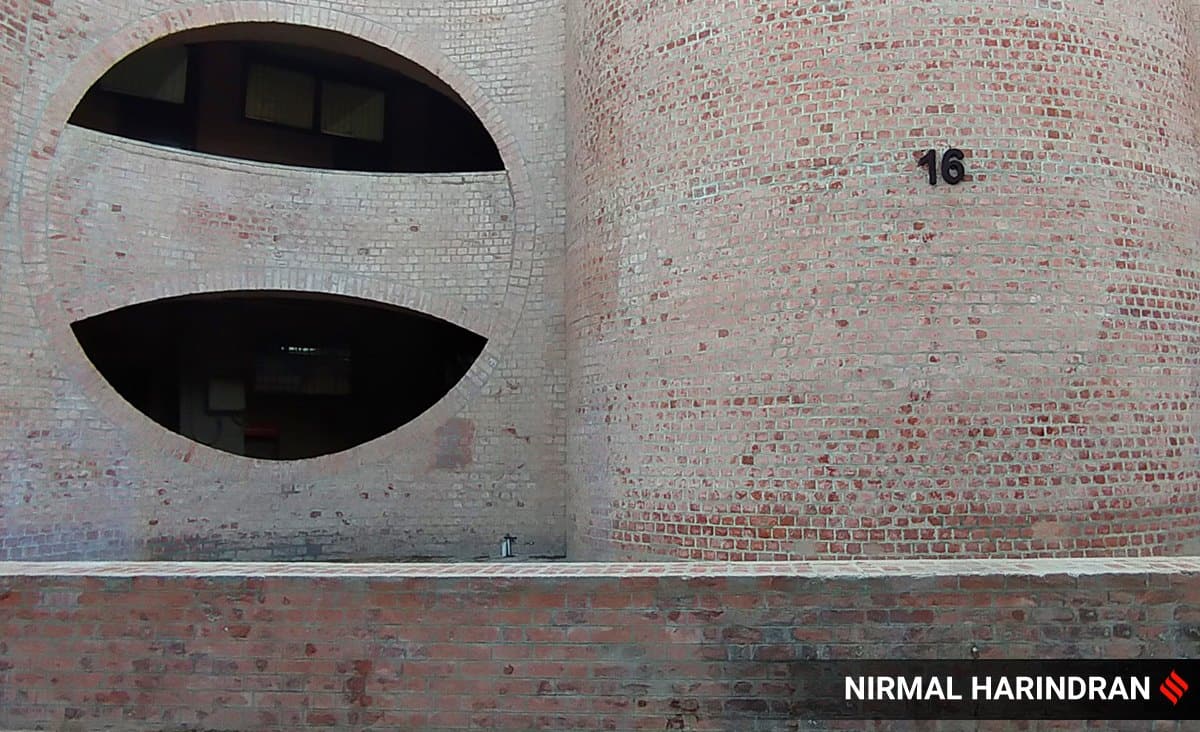 A controversy has erupted over the decision of the Indian Institute of Management, Ahmedabad, to tear down 18 student dormitories built by legendary American architect Louis Kahn on the old campus – also called the heritage campus – and replace them with new buildings.

The project to replace the buildings, built in the 1960s, with new ones is due to the fact that over the years they have suffered structural damage, including the 2001 earthquake. The new buildings should also house more students: instead of the existing dormitories, which can accommodate 500 students, the plan is to build 800 student rooms in a new hostel complex.

The decision was made even though Mumbai-based Somaya and Kalappa Consultants (SNK) were already working on the restoration of the existing dormitories, along with the Vikram Sarabhai Library, faculty and administrative blocks and classroom buildings, based on a competition he had won in 2014. Last year the company won a UNESCO prize for the restoration of the library.

Somaya, one of the founders of SNK, confirmed to The Indian Express: “I was not aware of the new offer”

Amid the hype over IIM-A’s decision, an online meeting scheduled for Thursday to open the new offerings has been postponed.

To justify the decision to tear down the dorms, IIM-A director Prof Errol D’Souza wrote an 11-page letter to the institute’s alumni on Wednesday, citing multiple problems in the existing facility that made it. ” unlivable “, including” slabs falling from roofs with harmful consequences for the lives of residents “.

When contacted with questions about the decision, D’Souza told The Indian Express: “I wrote to the pupils yesterday. The questions you raised are answered in that letter. “

Architecture experts, students and faculty are, however, angered that Kahn’s iconic work on campus needs to be demolished.

Revered as one of the best architects in the world of the 20th century, Kahn is known for creating powerful and evocative compositions of geometry and space. The IIM-A campus is a choreography of brick shapes, lights and shadows.

Kahn, who first came to India in 1962 at the invitation of IIM-A founder and director Vikram Sarabhai, as a consultant for the National Institute of Design, gave his buildings a balance that few could achieve at the time.

His work – be it the Salk Institute in California, the Kimbell Museum in Texas or the Phillips Exeter Academy Library and Dining Hall in New Hampshire – has allowed people to explore quiet corners in the spaces in between.

William Whitaker, curator and collections manager of the Architectural Archives at the University of Pennsylvania’s Weitzman School of Design which manages the Kahn archives, said, “IIM-A has relaunched a prestigious UNESCO award for the conservation of Vikram Sarabhai Library. The award also highlighted the school’s commitment to its architectural heritage as a model for India. It is a bitter irony to see the administration turn its back on its successes. The school and dorms are one unit. Remove one and the magic will dissolve, never to return. “

Architecture experts, students and faculty are infuriated that Kahn’s iconic work on campus must be demolished. (Photo Express: Nirmal Harindran)

Rabindra Vasavada, one of the first architects to join Kahn as an assistant in the 1960s, calls the idea of ​​demolishing the dorms a cancellation of history itself.

“Kahn was always looking for the roots of institutions… In this case, he was a learning institution. He saw every student as a disciple. That value was kept in every dorm, where 10 of them lived together. Outside their classrooms, the dorms were a space where people could come together to share ideas, without any sense of exclusivity, “Vasavada says.

In his letter to the alumni group, however, D’Souza wondered if it was “appropriate … to colonize future perceptions of living spaces”.

Ahmedabad architect Riyaz Tayabji said: “These are buildings of great architectural refinement. Their absolute frugality in an age of scarce means has shown us that great architecture is not a luxury, but can be achieved with the minimum of resources “.

A member of the IIM-A faculty said: “One of the main problems is the loss of the cultural heritage associated with the campus. We can understand that they are doing it due to the increase in the number of students, but eliminating them will also mean losing the social and cultural aesthetics of the campus. “