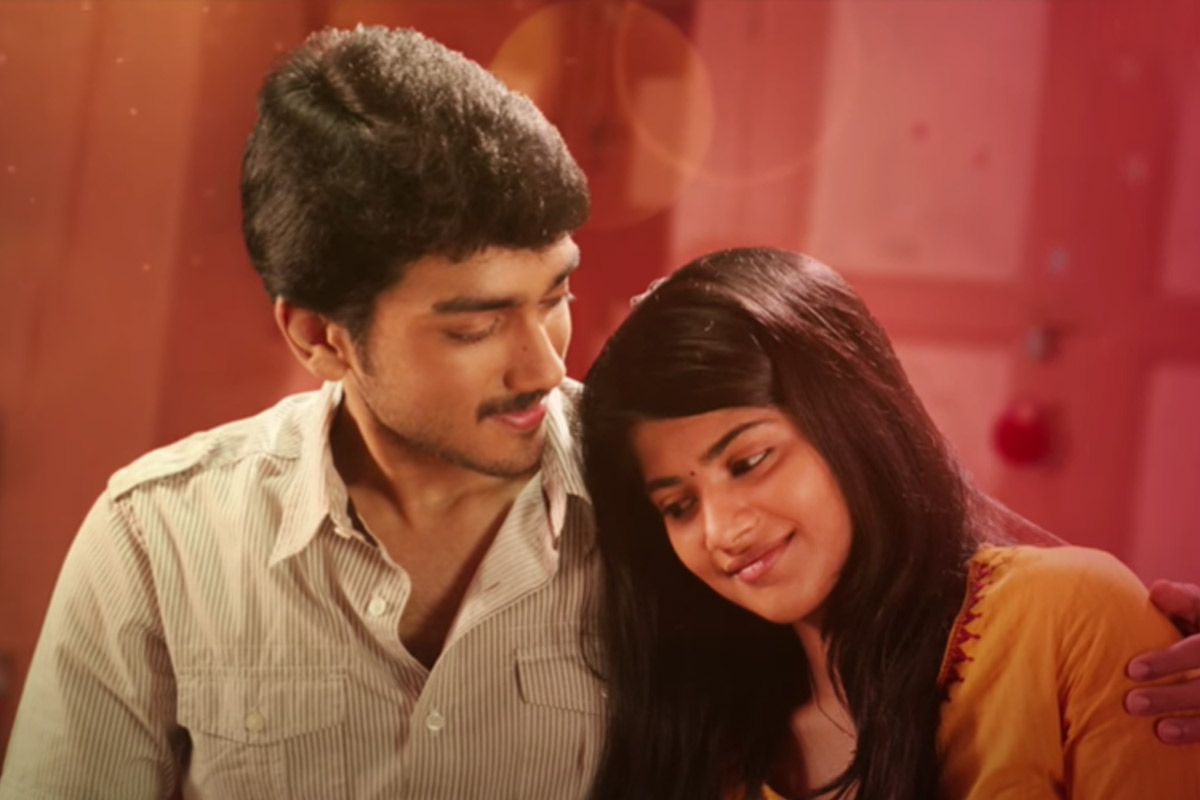 The long-delayed film by Balaji Tharaneetharan Oru Pakka Kathai has finally been released on the over-the-top Zee5 platform. The title translates to “one page story”, referencing his debut film Naduvula Konjam Pakkatha Kaanom which means “some pages are missing in the middle”. Wax Seethakathi between those two films – and although there’s nothing on the pages of that title, all three films revolve around bizarre events and how people deal with them.

Naduvula it was about a man suffering from a temporary memory loss just before his marriage. Seethakathi it was about a veteran actor whose spirit can possess others and make him show his talent for histrionics. Oru Pakka Kathai meanwhile it speaks of a young woman who becomes pregnant while still a virgin. Maybe it’s right that the film comes out on Christmas Day!

Saravanan (Kalidas) and Meera (Megha Akash) are in college. Their parents know about their relationship and have given their blessings for the couple to marry later. But when Meera shows signs of pregnancy and the couple insists they haven’t had sex, their world turns upside down. It’s a unique premise and Balaji offers us very credible middle-class parents who are horrified by what happened, but make peace with it without too much bluster. His characters are mild-mannered, well-meaning people who may take a misstep from time to time, but are, in the end, kind and generous. Govind Vasantha’s score also helps create this gentle atmosphere.

Kalidas and Megha seem visibly younger than their current selves and, as a young couple, they too are mild-mannered and well-meaning people. In fact, everyone is so meek and well-meaning in the film that I was wondering where the conflict is coming from. I was hoping Meera had an opinion on what happened to her body, but she is just as happy as everyone else that she got pregnant without her consent or even knowing it. The film is told from such a firmly masculine perspective that abortion is immediately demonized and the one thing everyone seems to worry about is that Meera’s virginity is intact. Can her already weak body get pregnant, what will happen to her college course, her career? Nobody cares.

The premise offers so many possibilities and Balaji hints at a few: would we need men in a world where women can self-reproduce? – but stops well before diving into any of them. His first film had a lot of repetitive scenes and dialogue, but the premise – of a man who just can’t remember – required it. The same trick didn’t quite work Seethakathi, is Oru Pakka Kathaialso, it tends to drag on as the characters (even if they are nice) do the same things over and over. Balaji attempts to address superstition and religious cults in the second half, but there isn’t much drama in these situations.

The subplot about a little boy who believes he is god is funny, and Balaji connects it to what happens in the main plot. All the child actors who appear in the film are, in fact, good performers. But although this ending makes a point about the film’s philosophy, it fails to pack a punch, thanks to the slow pace and predictable sequences in the second half. Oru Pakka Kathai, despite new ideas, it ends up looking like a one-page story that has been dragged on for too long.

Disclaimer: This review was not paid for or commissioned by anyone associated with the series / film. TNM Editorial is independent of any business relationship the organization may have with the producers or any other member of the cast or crew.