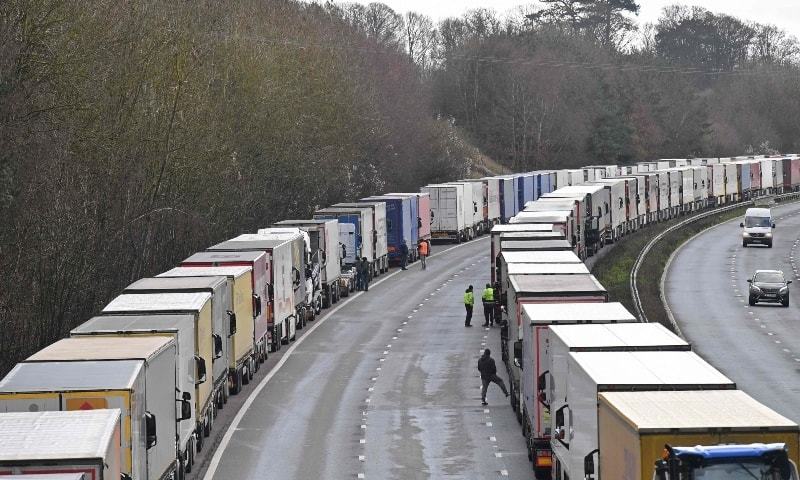 PARIS: A mutated coronavirus strain spreading to Britain is on average 56% more contagious than the original version, scientists warned in a study, urging a rapid introduction of the vaccine to help prevent more deaths.

The new variant, which emerged in south-east England in November and is spreading rapidly, is likely to increase Covid hospitalizations and deaths next year, according to the study published Wednesday by the Center for Mathematical Modeling of Infectious Diseases at the London School of Hygiene and Tropical Medicine.

The researchers, focusing on Southeast England, East and London, said it is still unclear whether the mutated strain was more or less deadly than its predecessor.

“However, the increase in transmissibility is likely to lead to a large increase in incidence, with hospitalizations and deaths from Covid-19 expected to reach higher levels in 2021 than those seen in 2020, even if restrictions are maintained. at multiple regional levels implemented before December 19, “they said.

The authors warned that a national lockdown imposed in England in November is unlikely to prevent an increase in infections “unless primary, secondary and university schools are also closed.”

Any relaxation of control measures, meanwhile, would likely induce “a major resurgence of the virus”.

This meant that “vaccine launches may need to be significantly accelerated to have an appreciable impact in suppressing the resulting disease burden.”

In announcing stricter blocking measures over the Christmas holidays, British Prime Minister Boris Johnson said on Saturday that the new virus strain “could be up to 70% more transmissible than the original version of the disease.”

The discovery of the new strain has set off alarm bells around the world just as more countries have begun vaccination campaigns to stop a pandemic that has claimed more than 1.7 million lives since it emerged a year ago in China.

Many countries quickly imposed travel bans from Britain, but EU governments have since started easing the restrictions.

The co-founder of BioNTech – one of the companies behind the vaccine that was launched worldwide this week – said his drug is “highly likely” to work against the mutated strain detected in Britain and can otherwise be adapted. in six weeks.