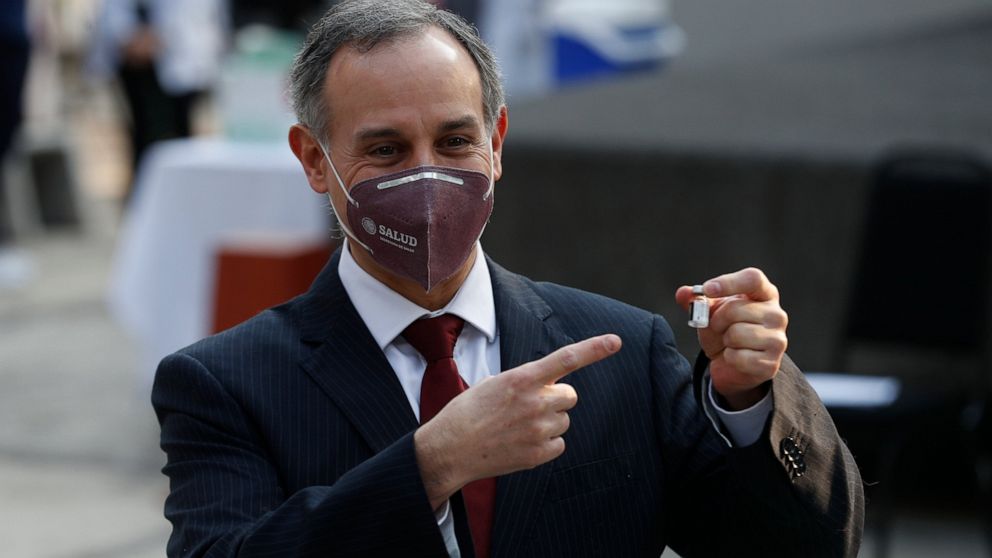 Mexico began administering the first 3,000 doses of the Pfizer-BioNTech vaccine in a broadcast ceremony where Maria Irene Ramirez, 59, got the first shot, under the watchful eyes of the military personnel escorting the vaccine shipment.

“This is the best gift I could have received in 2020,” said Ramirez. “The truth is that we are afraid, but we have to move forward because someone has to be at the forefront of this battle.”

Assistant Health Secretary Hugo López-Gatell spoke poetically, saying: “Today the stage of the epidemic and its treatment change, in a ray of hope.”

Zoé Robledo, director of the Mexican social security system, called it “an unforgettable Christmas. We are sure that this will be the beginning of the end of the pandemic. “

Other doctors and nurses have rolled up their sleeves in the freezing morning air at vaccination stations outside the towns of Toluca and Queretaro. The country’s 1.4 million health workers will be the first to receive vaccines, followed by the elderly, those with underlying health conditions that make them more vulnerable to disease, and teachers.

Foreign Relations Secretary Marcelo Ebrard said Mexico was the first Latin American country to get the vaccine, although others were close.

“I am calm, happy, very excited,” Riquelme told Piñera, who noted “many people have worked to achieve this moment”.

Chile said it has received 10,000 doses of the Pfizer vaccine and has a deal totaling 10 million. Healthcare workers and the elderly will be first in line.

In Costa Rica, which is the third country in the region to start using the Pfizer vaccine, the first shot was given to Elizabeth Castillo, 91, on Thursday.

“This moment represents the beginning of the road for the country to end the COVID-19 pandemic,” Costa Rican President Carlos Alvarado said at the event that opened the vaccination.

Argentina, which had trouble getting Pfizer vaccine, received a flight with 300,000 doses of the Russian Sputnik V vaccine.

Argentina plans to become the first Latin American country to administer the Russian vaccine starting next week. It will not yet be given to people over the age of 60 due to lack of test data.

Argentina’s health secretary Ginés González García promised the Russian vaccine was safe and said it could be used on those 60 and older once Russian authorities certified it. He said 5 million more doses should arrive in January.

While Mexico only received 3,000 doses of Pfizer vaccine in the first shipment Wednesday, Ebrard said about 53,000 more doses would arrive by Tuesday, about 1.4 million doses in January, and a total of about 11.75 million by mid year.

Ebrard said two vaccines are currently in phase 3 trials in Mexico and three more are awaiting approval to begin.

Other countries in the region are engaged in testing different vaccines, in studies involving tens of thousands of volunteers.

Latin America was among the regions most affected by the pandemic.

Mexico has reported more than 1.35 test-confirmed cases and 120,311 deaths so far, the fourth highest toll in the world. However, estimates based on excess deaths this year suggest that Mexico’s real death toll is closer to 180,000.