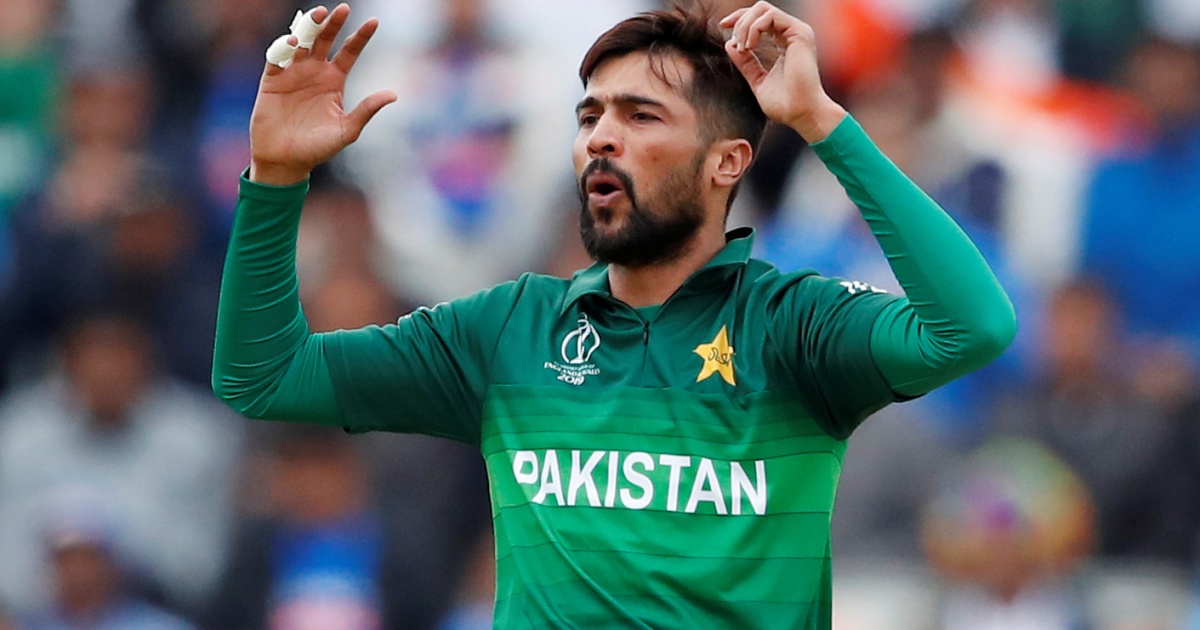 Fast-bowler says he announced his retirement in protest of management’s “sleazy” treatment.

Pakistani bowler Mohammad Amir says he will retire from international cricket after being treated “scruffy” and “mentally tortured” by his team management.

The 28-year-old, who had already retired from testing, was not selected in the 35-member squad for the New Zealand series last month and was also overlooked for the home series against Zimbabwe.

“I have always been available for white ball cricket, but I received sleazy treatment from the management of the team who mentally tortured me, and that is unacceptable.”

“PCB CEO Wasim Khan spoke with Amir this afternoon who confirmed that he has no wishes or intentions to play international cricket and, as such, should not be considered for future international matches,” he said Thursday. a PCB release.

“This is Amir’s personal decision, which the PCB respects.”

JUST IN: PCB confirmed that Mohammad Amir has resigned from international cricket.

“I know my body better than anyone and that decision was made primarily to save my body,” protested Amir.

Amir rose to international fame in 2010 as a young left arm paceman.

Legendary Pakistani paceman Wasim Akram described him as “the most talented fast thrower”.

I have never forgotten Muhammad Amir’s best bowling bout against India in the 2017 champion trophy.
I always miss you man 💔#Thanks Amir #amir pic.twitter.com/1vFGOcLiSb

But Amir’s career hit a roadblock when he was banned for five years in an adjustment case.

He was caught, along with then Test captain Salman Butt and Mohammad Asif, from a stinging operation in orchestrating the deliberate no-ball for cash in a Lord’s Test against England in 2010.

Of the three, only Amir returned to international cricket.

In 2017, he helped Pakistan win the Champions Trophy with three wickets in the final against India.

With 17 wickets, he was Pakistan’s best bowler in last year’s World Cup.

“I’ll just say that two people have invested a lot in me: Najam Sethi [former PCB chairman] and Shahid Afridi [former Pakistan captain]. They were the only two. The rest of the team said we don’t want to play with Amir. “