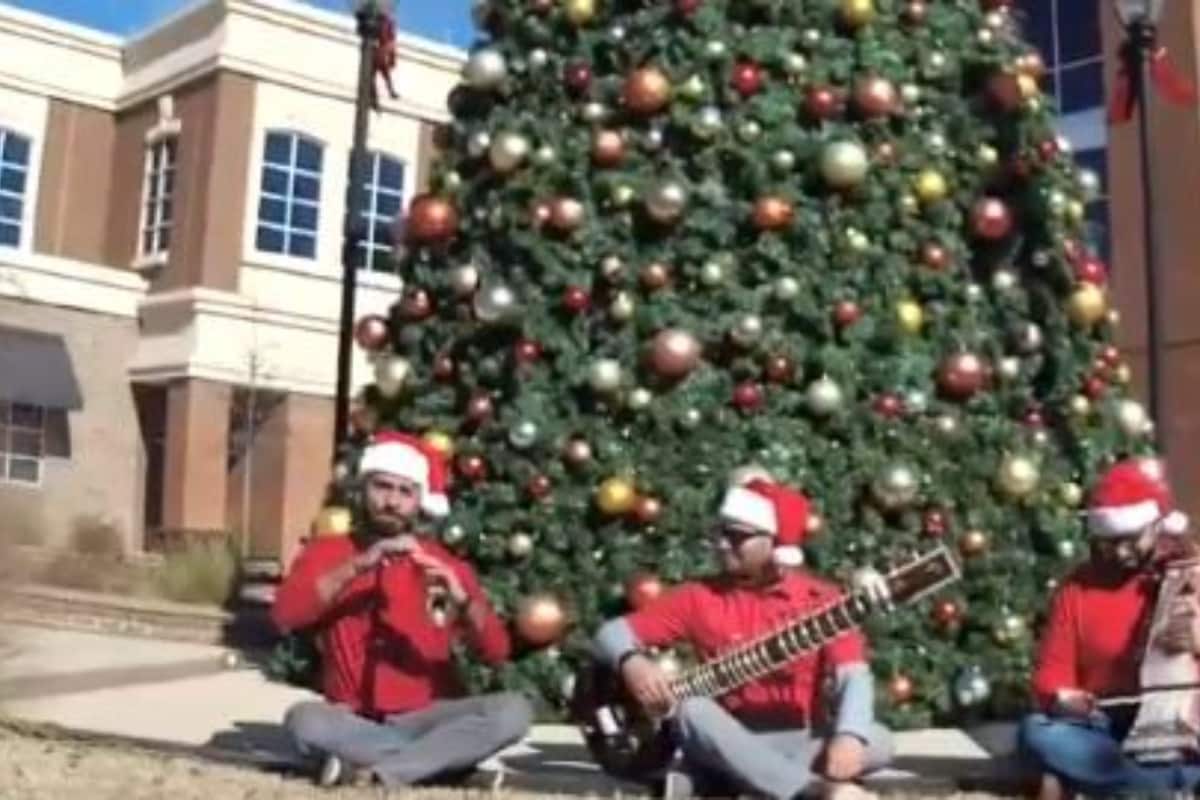 Viral Video: The music of this 2 minute 20 second clip is very special. The video, shared by Anand Mahindra, has been viewed by over 50,000 people so far.

New Delhi. Today is Christmas. However, due to the corona virus, the color of this festival has faded somewhat. In many countries, including Britain, a second round of sanctions has begun because of the corona virus New Strain. In such a situation, this video of Anand Mahindra, a businessman who is very active on social media, can make your festival special. Mahindra has shared a video related to Christmas this time. In this video, a group of youngsters played the jingle bell with the help of instruments like sitar and shehnai. This video is being shared a lot on social media.

The most special in this 2 minute 20 second clip is its music. Indeed, a group of young people are playing music sitting by the Christmas tree with the help of instruments such as shehnai and sitar. It sounds a little different, but the jingle bent of sitar and shehnai is quite special. The video, shared by Anand Mahindra, has been viewed by over 50,000 people so far.

Mahindra shared another video related to Christmas a few days ago. This video was an advertisement. The video shows an elder who wants to give his granddaughter a star to decorate on a Christmas tree. For this, he begins to gain weight constantly. However, it is clear at the end of the video why he is working so hard. The people around are amazed at the hard work of the elderly.

The man gets ready to lose weight every morning. Indeed, the elder’s wish is to raise the granddaughter to the height of the tree himself. In this preparation, he begins to gain weight with a weak body. The day of the festival finally arrives and he arrives home with a gift for his granddaughter. Mahindra got emotional after watching this video. He said via Twitter post that he cried from the video.