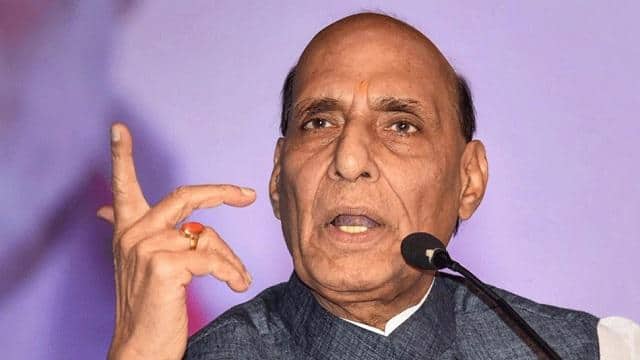 Rajnath Singh, the country’s defense minister, has suggested a middle ground between opposition to agricultural legislation and demands for its withdrawal. Rajnath Singh has said that it should be implemented after 1-2 years. Appealing to the agitating farmers to come forward to discuss agricultural laws, senior BJP leader and Union Minister Rajnath Singh on Friday said the government would amend the law if it was not found to be beneficial.

Calling the agitating farmers his people, Singh said, “The people sitting on the dharna are farmers and are born into farming families. We have a lot of respect for them.” Addressing a rally in the national capital Dwarka, the defense minister said he was a farmer’s son. “The Modi government will not do anything that is not in the interest of the farmers,” he said.

Urging the farmers to take the new agriculture law as a trial, the former BJP president said that if the law does not seem beneficial, the government will bring all necessary reforms. “Let the agricultural laws be enforced for a year or two now,” Singh said. It is seen as an experiment and if this does not seem beneficial to the farmers, the government will be ready for every possible reform. ”

He said a solution to every problem could come out of the talks and Prime Minister Narendra Modi was in favor of continuing dialogue with the farmers, so the government has invited him. Singh appealed to all agitating farmers to come forward to discuss agricultural laws.