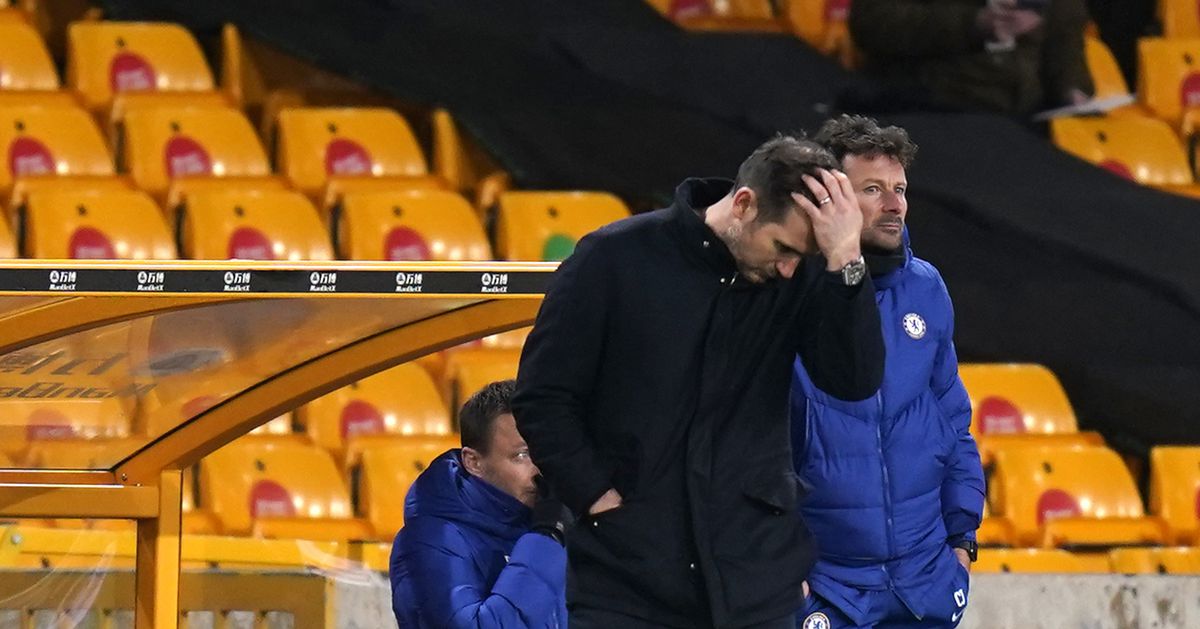 Frank Lampard didn’t have the best debut season as Chelsea manager, but one thing he did quite well was convincing the team to react with positive performances after stinging losses – of which there have been some. We may have lost twelve (12!) Times in the league, but only twice have we lost consecutive games. Incidentally, the last of these was also in December, and it also started with the defeat at Goodison Park. At least this time our second defeat in the series was not at home.

That’s not to say the defeat at Molineux to Wolverhampton Wanderers wasn’t another sting in the tail, a seemingly self-inflicted slump once again, as we thought we had largely kicked to the pavement with reinforcements over the summer and the improvement seen since then.

Chelsea once again created very little from open play – threatening from set pieces, sure, but posing few problems for the rest – made mistakes on the other side, and left open for the Wolves’ quick strikers to take advantage of. In the end, we didn’t even manage to recover a point, giving up a recovery time winner to cap a very disappointing evening.

Not many positive aspects to draw from this even for Frank Lampard.

“Disappointed to have lost the game. We had pretty good control over the 1-0 point. I don’t think we were playing brilliantly, but we were in control. I thought the game was there for us to win. Then we put them back in the game, we gave them the momentum and we gave them some counter-attacks and we lost the game, so I’m clearly disappointed. “

“We haven’t played enough. It’s pretty simple. The threat of the wolves is clearly counterattack and it is a major threat from what they have. It is the main one because they have speed and quality in the forward areas. The players knew it before the game, the players knew it in the game but we allowed some counter attacks. If you allow a team to exploit their strengths, you could lose that game. “

Unfortunately, none of the post-match interviews recalled the manager about his questionable decisions, such as switching Christian Pulisic to the right after making Nelson Semedo run left, or persisting with a Kai Havertz still well below par in midfield when Mateo Kovacic and Billy Gilmour were on the bench, or even persisted with the 4-3-3 when a 3-5-2 / 3-4-3 made a lot more sense and would have allowed us to add Cesar Azpilicueta to the fray too.

One cannot help but feel that making one of these changes once Olivier Giroud puts us ahead with our first shot on goal in the match (and over 100 minutes of play, which dates back to the Everton match), it would have helped immensely in getting all three points today.

Of course, if we had played to the standards set during the 17-game unbeaten streak, we would probably have won regardless of lineup or substitutions. And of course, maybe a little more luck with Zouma not hitting the crossbar or the corner that led to the Wolves’ first goal correctly assigned as a drop-out instead would have made us win another day. But on this day, we missed three more points, and at the end of the day, that’s all that matters.

“My job is to keep my head balanced at both ends. So I shouldn’t be too disappointed tonight, just as I haven’t felt too euphoric after Leeds in the wake of a really good run. Clearly, when we behave as we have done today, it’s not the game management and quality levels we aspire to.

“I still think there are a lot of improvements to be made within the group, so I wouldn’t say I’m hugely surprised. What my experience in the Premier League tells me, if you drop your position, which we have in the last two games, especially away from home, you can lose football matches, so it’s a great lesson for the players there. “

I’m not sure the lesson we have to learn is that the Premier League is tough and that we have to play our best to win games. We should really know by now, having had it drilled at home repeatedly for the past 18 months.

Perhaps the only thing that saves everything is that, in the worst case scenario, we will be just six points off the top of the championship, one third of the end of the season. It is certainly not a disaster.

But we have to do better. And with us, I mean everyone involved.