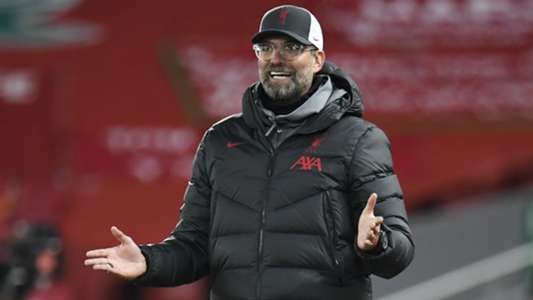 Jurgen Klopp insisted that there was no plan for Liverpool to dominate the world in the years to come, insisting that it was only tough to succeed in England.

After Wednesday’s 2-1 win over Tottenham, Klopp’s men are also three points clear of the top of the Premier League standings this season.

But the German rejected any talk of world domination, stressing how difficult it was to win in England.

“We all have to make sure we get through these crazy moments at the moment and everyone else too. We have had four players in the best team in the world in the last year, one we had to sign from Bayern. [Munich], which was a smart business, I would say. Obviously we have a good team.

“All the other players could have been on that team too, thanks to their skills, so you see we have a really good team here. What you always need in life is a little luck so you can win football matches. .

“The more soccer games you win, the closer you get to winning trophies. If you’re in the final or whatever, then you have to put the finishing touches, that’s it.

In addition to the groundbreaking Premier League title, Klopp has led Liverpool to a Champions League, Club World Cup and UEFA Super Cup title since taking office in October 2015.

But the former Borussia Dortmund manager said there was no chance he would become complacent.

“Oh, I’m 53. I’m too old to fly, so it’s easy for me to stay humble. The fact is, I only have a world class team, I work in a world class club. With the players and people around me, It is our responsibility to be as successful as possible. That’s it, “Klopp said.

“Nobody has to worry that I will be satisfied – I don’t really know how it works. There are no guarantees of success; the only option you have is to work as hard as possible. If we do, still no guarantee. But you can get at least one. little bit. That’s why we try absolutely everything every single day. “