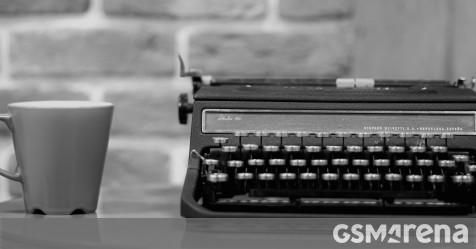 With the end of the year, it’s a great time to reflect on the most important stories of the past 12 months. This is the first of four installments where we look at the stories that have shaped this year.

We are now in the second quarter of 2020 and, starting from mid-April, OnePlus unveiled the 8 Pro and 8 smartphones. The OnePlus 8 Pro has turned out to be the flagship of OnePlus for 2020, which will only be replaced at the beginning of 2021. Its 120Hz display running at 1440p, wireless charging, IP68 rating, improved cameras, and a flagship price attracted attention at the time, while subsequent price cuts kept the phone relevant.

The next day Apple announced the first iPhone in a while that didn’t come close to four-digit price tags. The iPhone SE (2020) was an iPhone 8 with an improved interior – A13 Bionic chipset, iPhone XR 12MP camera – and priced at $ 399.

At the same time, Apple’s iPhone 12 line has begun to take shape through rumors and renderings. We first saw the flat-sided design. One of the most popular stories at the time featured the iPhone 12 Pro Max CAD renders, which now in hindsight seem very close to the final product, with the exception of the camera island.

One story claimed that Apple would release its next-generation iPhones in late November, which turned out to be only halfway through: the iPhone 12/12 Pro launched in October, while the iPhone 12 mini and 12 Pro Max they were released in November.

After months of teasing the hardware, Sony has finally shown the PlayStation 5 in all its imposing glory. It swaps the old spinning storage with an SSD, brought a new DualSense controller, RayTracing support, and high FPS gaming – up to 120fps at 4K.

Xiaomi had a couple of big announcements. The Mi Note 10 Lite brought an attractive design, a huge 5,260mAh battery, 6.47-inch AMOLED and a 64MP camera for € 399. Xiaomi also formalized MIUI 12 and released its beta to an extensive list of devices. Then there was the new Mi Band 5 with a larger display and a new magnetic charger for $ 26.

Poco made waves with the Poco F2 Pro. It brought a Snapdragon 865 chipset, a large Super AMOLED display, and a 64MP main camera for € 500.

There have been a few other announcements. LG tried to redefine its image with the Velvet, Doogee released a phone with a 10,000mAh battery, Redmi made a TWS hit set in the Earbuds S.

Now is the time to look forward to the third quarter of 2020, to the next.

Design is a blast from the past.

The phone will be pre-ordered this Friday and will ship on April 24th.

The new iPhone SE is expected to launch on April 15th.

We expect 4 models all with 5G and smaller notches.

The Xiaomi Mi Note 10 Lite looks like a solid package for its starting price of € 350.

The details keep changing as Apple engineers try to figure out what works and what doesn’t. A 64MP camera apparently falls into the “non” column.

The latest and greatest from Sony is finally in our office.

It also featured a ton of new games coming up next year.

It is powered by the Helio P22 SoC and comes with two speakers for stereo sound.

Two new base iPhone models are also planned this year, a smaller and cheaper HomePod and AirTag.

The beta test starts next week.

Both will arrive later this month.

There isn’t much left to wonder about the upcoming OnePlus flagships.

Its size makes it roughly the same size as the Samsung Galaxy Note10 +.

The 108MP camera and the supposedly equipped Snapdragon 865 chipset in this phone should have no issues with 8K / 30fps video.

The beta test is already available for Chinese users, while the stable build is scheduled for June.

The stable build will start rolling out around the end of June for Chinese users.

Accessibility has its price.

A great value package enough to give their money a run.

Here’s how much the new device will cost around the world.

The “Iron Man eyes” on the back are a pair of RGB LEDs that act as a notification light. The phone has undergone extensive MIL-STD tests.